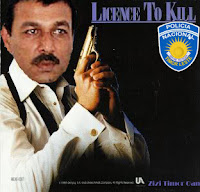 On Tuesday 21st of February, the Timor-Leste National Police (PNTL) command ordered its officers to shoot on sight anyone trying to derail the general elections following the actions of unknown persons who threw Molotov Cocktail bombs at the offices of the Secretariat For Technical Electoral Support (STAE).

Needless to say, FM deeply condemns the Molotov incident at STAE but was dismayed to read the statement made by PNTL General Commander, Longuinhos Monteiro, as reported in the RTTL evening news. It seems as though this violent threat to derail the general election will be met with further violence from the PNTL. This latest statement simply accentuates the rising sense of tension surrounding the upcoming presidential elections.
The order to shoot suspects in the middle of the night is a violation of the rights of citizens as enshrined in the relevant laws and Constitution of the RDTL. The role of the PNTL is to protect and serve the community and to uphold the rule of law. We have a system of justice and the PNTL cannot take the law into its own hands by applying the system of shoot first, ask later.

The PNTL already has a very poor record with respect to gun related incidents. PNTL officers are already on the edge due the heavy handed approach to policing that is always preferred to by the General Command. As such, the order to shoot suspects on sight is a recipe for disaster that will lead to deadly consequences.

This is not the first time that Commander Longuinhos have made such an ill-considered statement, which only serve to generate more fear among the population while at the same time deviates attention away from the responsibility PNTL to sensible deal with the issue of internal security. If anything, this is another demonstration of the PNTL’s inability to resolve simple matters of internal security as well as a demonstration that the PNTL is not a ‘community-oriented’ police force. Instead of being a proactive security force by anticipating such a security threat, such as the STAE office incident, the PNTL has once again proven to be a typical reactionary force, always reacting with excessive force after a crime has been committed.

FM calls on him to desist from making such statements or, at the very least reflect on their impact, and for him as well as the Secretary of State-Security (SES) to discuss how to better communicate PNTL activities to the population. FM agrees with the decision to step up nightly patrols and security around key electoral sites, but we call on the PNTL to act more professionally and increase its engagement with the community in order to develop a more preventive rather than reactionary method of dealing with violence.

We would like to commend the PNTL for taking seriously the case of the PNTL officer accused of raping his daughter but we would like to remind the public and the PNTL command that there are many outstanding disciplinary cases – 1450 or thereabouts – and these cases need to be fully addressed.

As a public figure, the PNTL General Commander needs to be more careful about what he says and his superiors, the SES and the Parliamentary Committee B need to have greater control over his statements and actions. Politicians should also speak against the use of such violent language and maintain their commitment to engaging in mature politics, whereby they agree to disagree in a democratic and peaceful manner.

This is paramount in preventing conflict and creating stable and serene conditions so that people will cease to equate elections in Timor-Leste with violent behaviours. The citizens of this country have, for too long, been tortured by gun related violence and this police order will simply exacerbate this trauma.