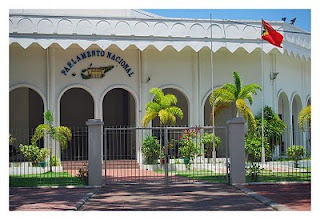 LUSA East Timor’s Parliament on Thursday unanimously approved the request of the president for the declaration of a state of emergency in the country for one month, as a response to Covid-19.

The support was expressed, by name, by all 64 deputies present, after all the benches made political statements in favour of the arguments presented by the head of state, Francisco Guterres Lu-Olo, and defended in parliament by the prime minister, Taur Matan Ruak. 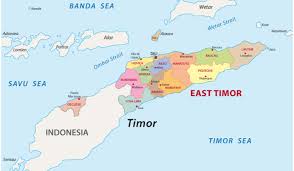 The Jakarta Post reported on 17 March 2020 that the Motaain border checkpoint in Belu regency, East Nusa Tenggara was closed.

The government of Timor Leste has expressed support for East Nusa Tenggara's (NTT) decision to temporarily close its border checkpoints to prevent the spread of the coronavirus, Antara news agency reported.

"We strongly support the move as it would protect both the Timor Leste and NTT people from COVID-19 exposure," the Timor Leste consul in Kupang, Jesuino Dos Reis Matas C, is reported to have said during a meeting with NTT Governor Viktor Bungtilu Laisdokat, as quoted by Antara.

Jesuino assured that the government was implementing strict health checks on inbound visitors.

It was agreed during Monday's meeting that the border would be closed for two months. Timor Leste, however, expressed hope the policy would not affect the distribution of staple food and fuel oil to the country through border areas.

NTT administration spokesperson Marius Ardu Jelamu said on Saturday that the administration would soon issue a decree to regulate the posts' closure.

"All of the posts will be guarded by security officers. This move is to be taken to prevent the spread of the virus," Marius said.

Reuters 21 March 2020 DILI: East Timor reported its first case of COVID-19, its Ministry of Health said on Saturday, adding that the case was from someone who had just returned from abroad.

The ministry said the patient posed little risk to the public, as he immediately consulted with doctors after showing symptoms of the coronavirus.

“He isolated himself immediately after contacting doctors,” the ministry said in an official Facebook post, without giving details of where the patient travelled from.
at Thursday, March 26, 2020 No comments:

LUSA reported on 24 instant that the Minister for Legislative Reform and Parliamentary Affairs Fidelis Magalhães regretted “isolated” cases of intimidation of foreign nationals in the country because of the misperception that COVID-19 is a disease carried by foreigners.

“I am very sorry to hear of these things happening. The government will make every effort to contain and end these isolated acts. We have to encourage and promote more the spirit of solidarity, especially in the face of these difficult issues,” he said.

Several foreign nationals have in recent days reported to Lusa incidents, none of them serious, in which they were intimidated by locals, including the use of the expression “korona malae”, the second word being commonly used to refer to foreigners.

On 23 March 2020, Lusa reports also that several Chinese traders in East Timor felt obliged to close their shops due to intimidation, despite the fact that the Chinese business community in Timor had organised a fundraiser to support families affected by the 13 March floods in the capital.

Similar intimidation was also felt in Baucau, the country’s second city, by teachers from Portugal stationed there, prompting Portugal’s ambassador to order them to go to Dili.

Among reports by teachers were a series of false  rumours circulating over the weekend that tried to relate the first confirmed case of COVID-19 and another suspected in or arising from Baucau to malae.

In 2004, then President Gusmao has called on members of the legal system to "strip themselves of all kinds of xenophobia," adding that East Timor's development depends "on a policy of openness to foreign investment and on the application of a justice system that is honest, impartial and professional."[1]

See also on ETLJB Government presented to the National Parliament the contingency plan to prevent the coronavirus outbreak
at Thursday, March 26, 2020 No comments: