!WARNING MACHINE TRANSLATION! Original Portuguese Report December 18, 2018, 20:05 - The Timorese Foreign Minister has today revealed news of an alleged renewed tension between the Government, Parliament and President of the Republic, convinced that all the leaders of the country will be able to resolve the political situation.

"We are going through an exercise in unprecedented democratic occurrences and for us this is an exercise that every sovereign body is exercising," Dionísio Babo told the LUSA agency.

"Even if there are differences, all sovereign bodies are aware that the country's interest is the first to put above all others. We will overcome the situation without any problem," he said.

Babo thus reacted to the renewed tension between parliament, government and the Presidency of the Republic, after the head of state, Francisco Guterres Lu-Olo, vetoed a set of controversial changes to the oil operations law that were to serve to finance the purchase of majority holdings in the Greater Sunrise wells off the Timor Sea.

The decision sparked criticism from Xanana Gusmao who, on behalf of the Government led the negotiations for operations and who heads the coalition of the Government, Alliance of Change for Progress (AMP).

In social networks, including official AMP Facebook pages, these criticisms have been repeated with some even defending the exoneration of the head of state.

The situation has been tense because since the inauguration of the 8th Government, Lu-Olo has not yet confirmed nine members of the executive appointed by the prime minister.

"I know that all leaders are aware that things are not as simple as we see on social networks or in media debates." I think everyone will look for ways to resolve all differences and problems, but there is nothing insurmountable or impossible to resolve, "Babo said.

The big question now is whether Lu-Olo is going to enact the State Budget for 2019, which is being debated in Parliament and is expected to be approved before Christmas.

Meeting of the Council of Ministers of December 19, 2018

EIGHT CONSTITUTIONAL GOVERNMENT Press Release Meeting of the Council of Ministers of December 19, 2018

The Council of Ministers met at the Government Palace in Dili and approved the proposal for a Government Resolution submitted by the Minister of Transport and Communications on the appointment of members of the Board of Directors of the Civil Aviation Authority of Timor-Leste (AACTL), whose mission is to ensure the safety of the air transport system.

The acting Minister of Health presented the proposal for an amendment, approved by the Council of Ministers, to the draft Decree-Law that approves the organic of the Ministry of Health. The amendment seeks to assign to the General Directorate of Corporate Services the competence to propose the appointment of diplomatic representations in countries where Timor-Leste routinely sends patients for medical treatment. ENDS 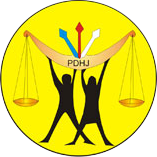 For the first time ever the Office of the Ombudsperson for Human Rights and Justice is being led by a woman:

For the first time the Office of the Ombudsperson for Human Rights and Justice (PDHJ) in Timor-Leste is being led by a woman after two males led this office for consecutive terms. JSMP congratulates the National Parliament for this achievement because it highlights significant progress in the commitment of the State to promote equality and women's participation in key State institutions, and this human rights institution in particular.

The National Parliament on Monday 05 November 2018 during a plenary session elected the new Ombudsperson for Human Rights and Justice. There were 12 candidates, and only two of them reached the second round, namely Ms. Jesuína Maria Fereira Gomes who received 31 votes and Mr. Horacio de Almeida who received 20 votes in the first round of voting.

The final results from the second round showed that Ms. Jesuína Maria Fereira Gomes was selected as the new Ombudsperson with 38 votes in favor. The other candidate Horacio de Almeida received 23 votes, with a total of 61 members of parliament participating in this vote.

“JSMP praises the National Parliament for choosing a female candidate to lead the Office of the Ombudsperson for Human Rights and Justice and congratulates the Ombudswoman-elect who has been entrusted by the National Parliament to lead this human rights institution for the next 4 years”, said the Executive Director of JSMP, Luis de Oliveira Sampaio.

For many years the public has heavily criticised and expressed its disappointment with the Office of the Ombudsman for Human Rights and Justice for not properly utilising its powers and competencies granted in the Constitution to defend human rights issues faced by the community. In particular, the PDHJ should utilise the competencies provided to it in Articles 150 and 151 of the Timor-Leste Constitution. JSMP hopes that the Ombudswoman-elect can respond to public expectations by improving and promoting the services of the PDHJ and make it more proactive and productive in the future during her mandate.

JSMP also has observed the work of this office through the Asia and Pacific regional network named 'Asian NGOs for National Human Rights Institutions' (ANNI) where each year a chapter is provided and updated in the annual ANNI report on the performance of the PDHJ in regards to protecting and promoting human rights, justice and good governance in Timor-Leste.  The evaluation of the work of human rights institutions in the Asian and Pacific region provides a reference point. JSMP recommends for the leadership structure under the Ombudswoman-elect, who have many years' experience in this institution, to further reinforce, improve and consolidate the work of the PDHJ to protect and promote human rights, justice and good governance based on the mandate of the PDHJ.

JSMP also hopes that the Ombudswoman-elect will be open to listening and considering civil society's opinions on human rights issues that are still pending.

JSMP encourages the Ombudswoman-elect to use the competencies provided in the Constitution to safeguard the public interest and defend our Constitution and our democratic rule of law. 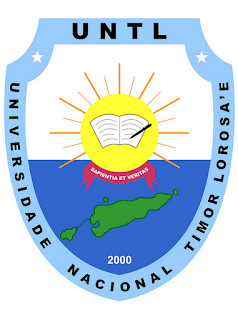 I am really pleased to announce that my paper In the Matter of a Review of the National Law has now been published by the Universidade Nacional Timor Lorosa'e.

Please note in advance that this is a quite substantial PDF file consisting of more than 500 pages.

I will later publish here the full text of just my paper.