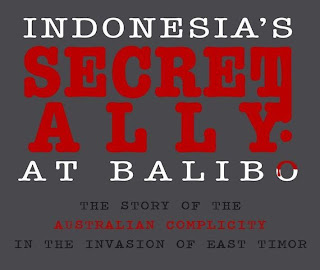 The following is taken from the Introduction to a new book called "Secret Ally". If you are interested go to the website www.balibosecret.gwds.com.au
Unearthed secret Defence Department documents prove a massive armaments diversion in the region was at the centre of the Balibo cover up. A conspiracy to keep all Australian Prime Ministers from 1975 onwards ignorant of the arms diversion and the secret Indonesian invasion and thus from intervening in East Timor cost the lives of not only six journalists but hundreds of thousands of East Timorese. There will be no real justice for the dead until this story is told.

Thanks a lot for the link to "Secret Ally".
Richard Hornabrook