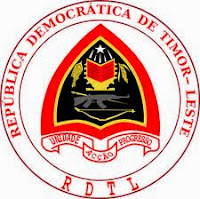 On the 7th of July 2017 Timor-Leste was one of 122 of the United Nations 192 Member States to endorse a landmark Draft treaty on the prohibition of nuclear weapons. The treaty will be open for signatures at the UN Headquarters in New York from the 20 September 2017. Each State Party that signs will undertake to never under any circumstances “develop, test, produce, manufacture, otherwise acquire, possess or stockpile nuclear weapons or other nuclear explosive devices.”

Timor-Leste’s position on this issue is entirely consistent with its long held advocacy of peace clearly expressed by then Prime Minister H.E. Kay Rala Xanana Gusmão at the United Nations General Assembly in 2014 when he said:

“The responses to the crises faced by humankind cannot be exacerbated by the desire to end war by waging war. Instead, they must be based on the desire to build a world of peace, supported by dialogue and by an effort – herculean, if need be – to respond to the root causes of problems that lead to terrorism, racism, extremism and intolerance.”

Timor-Leste’s involvement in the work to prohibit nuclear arms helped to produce the United Nations First Committee’s 2013 Joint Statement on the Humanitarian Consequences of Nuclear Weapons which says “The catastrophic effects of a nuclear weapon detonation, whether by accident, miscalculation or design cannot be adequately addressed. All efforts must be exerted to eliminate the threat of these weapons of mass destruction.”

This Statement was one of many ‘stepping stones’ leading to the recent UN Conference which produced the draft treaty endorsed last week. The next step in this journey is to secure the maximum number of State signatures during and following the United Nations General Assembly this September.

Spokesperson, Minister of State Agio Pereira, noted “Timor-Leste, should be proud of its contribution to this draft treaty. As a country knowing all too well the scars of war, we must continue to be counted amongst those who boldly advocate for tolerance and peace.”ENDS
east timor law and justice bulletin
at Tuesday, July 11, 2017