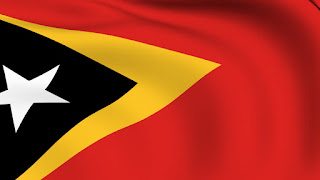 WARNING MACHINE TRANSLATION ORIGINAL TEXT HERE The Portuguese Constitutionalist Pedro Bacelar de Vasconcelos defended today that the proposal of Budget vetoed by the President of the Timorese Republic requires only a simple majority of the deputies to be confirmed again by the parliament and, necessarily, promulgated by the President.

"It is not even ambiguous that the confirmation needs only a simple majority of the deputies in function effectiveness," he told Lusa the constitutionalist, who was a drafter of the Timorese constitution and who prepared an opinion to that effect for the Timorese Government. "

This position is reflected in a prepared opinion for the Government by Pedro Bacelar de Vasconcelos, draftsman of the Constitution of Timor-Leste, and by the lawyer Ricardo Cunha, who was advisor to then-President Taur Matan Ruak, the current first -minister.

Bacelar de Vasconcelos was the coordinator of the team, which included Ricardo Cunha, who prepared the 2011 edition of the Annotated Constitution of Timor-Leste, edited by the University of Minho Law School.

In this context, the Government's program is voted on at the ballot box and then approved in parliament, where it does not even need to be put to a vote, but "lacks a simple majority" in the case of a vote.

"Governing is largely fulfilling and executing the government program, which was presented to voters, which guaranteed the election of the largest number of deputies and is that program that translates the substance of the government action," he explained.

"The OGE is not quite a law like the generality of laws, universal and abstract. It is an authorization for the Government to acquire the indispensable means to carry out the government's program, its policies to govern," he said.

Hence "it would not make sense that through a veto requiring a qualified majority, the president would have the vote of quality in approving the resources indispensable for the Government to carry out its program," he said.

Bacelar de Vasconcelos recalled that the Timorese constitution was approved by Fretilin - the party of the current President of the Republic and that is in the opposition in the parliament - "precisely to avoid that [then President and now leader of the coalition of the Government] Xanana Gusmão wanted later come to play in defining the policies of the Government ".

"Timor-Leste's PR does not govern or have the power to govern. The approval of the OGE is a parliamentary authorization to the Government to govern," he said.

At stake are several constitutional articles on the competencies in the debate and approval of the State Budget and on the circumstances in which it is necessary only a simple majority or required qualified majority to overcome the presidential veto.

Specifically, that defined in article 88 on "promulgation and veto" (within the powers of the President) that requires absolute majority to confirm a diploma vetoed by the head of state, who in these cases will have eight days to mandatory the diplomas.

"However, a two-thirds majority of the Members present shall be required, provided that they exceed the absolute majority of the deputies who are in office, for the confirmation of the diplomas that deal with matters covered by article 95," note.

Among the matters of article 95 - on the powers of the parliament - are "fiscal policy" and "budgetary regime".

Bacelar de Vasconcelos maintains that a two-thirds majority is necessary only for questions "which are not the current approval of expenses and of obtaining the resources that are made annually", as in this case the General State Budget.

The "budgetary regime" referred to in Article 95 of the Constitution is only, he explains, what is defined in Article 145 of the nation's basic law on the procedure and how the General State Budget itself is treated.

"It is the Government that prepares the process, not the President, then the National Parliament that discusses it and who approves it, and after it is approved, it goes to the President of the Republic for promulgation," he said.

"The President can apply the political veto, but the budget is typically parliamentary in nature," he explained.

Otherwise, requiring two-thirds to overcome the veto would have "this perverse effect which would mean that the President could counteract or impose on the majority of Government the policies he understands, albeit opposed to the policies that most follow."

The Constitutionalist also noted that it is "a political decision", the parliament decides to "accept or not the recommendations" of the President of the Republic on the General Budget of the State.
at Thursday, February 07, 2019