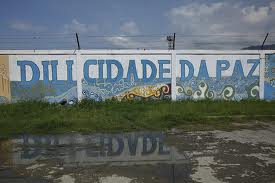 Crime increased in Timor-Leste in 2018, with a total of 5,151 criminal acts, 500 more than the previous year, with 43.2% occurring in the capital, according to annual data from the Directorate General for Statistics.

After Dili, where 2,223 cases were recorded, the municipality with the most incidents in 2018 was the Oecusse-Ambeno enclave, with 450 cases, or 8.7% of the total. Manufahi, with only 73 cases, was the region with the fewest incidents. , according to the report to which Lusa had access.

Of the total criminal offenses, physical integrity offenses accounted for the largest share of crimes (2,212) followed by threats (330), spousal abuse (321), and simple damages (292).

There were also eleven suspects under nine and 83 over 60.

The 2018 Criminal Statistics Report states that 162 "criminal events were reported to the investigative police", down from 222 investigated in 2016.

Of this case group, fraud was the most prevalent crime with 37 cases reported to the police and investigated criminally (one less than in 2016) with a significant drop in the number of homicides investigated, only two against 25 in 2016.

Among other things, the report reports on court cases, proving the limitation of appeals in the four courts with thousands of pending cases, between criminal and civil courts.

In the Oecusse Ambeno enclave the year began with 219 pending, 330 were added and 2346 resolved, pending 212 - at the criminal level - with 75 pending at the beginning of the year, plus 35 inmates, seven judged and 75 pending at the civil level. .

The Dili Court at the end of 2017 had 16 judges, Baucau and Suai with seven each and Oecusse with one.