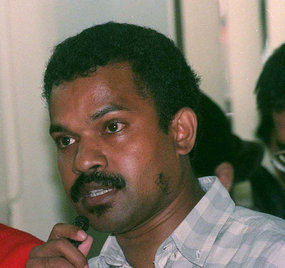 "Our investigation is going on now into a number of cases. Last year we focused on three cases and this year we are investigating six cases. These six cases are serious ones," Soares said.

Soares refused to make comments about which ministries they are investing right now.

Deputy Prosecutor-General, Vicente Fernandes said, based on KAK's constitution; it has the competence  to investigate any criminal cases within the Government. He added that corruption cases which are being investigated by KAK were delegated by the Public Prosecution and its findings will be sent to the Public Prosecution for legal proceedings.
at Saturday, April 02, 2011

Let's wait and see if ever it is announced by Aderito de Jesus Soares that KAK is investigating a former member of RENETIL.