On the use of Portuguese in the National Parliament 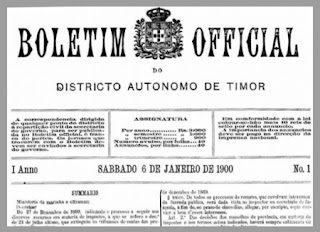 ETLJB 01 April 2011 - It was announced this week that the East Timor Parliament had decided to hold plenary proceedings in the Portuguese language at least once a month.

In East Timor, it is well known that the vast majority of the population does not speak, read or write in Portuguese. Tetum, Indonesian and local languages are the principle languages of the community while Portuguese is the language of the political elite who seized the state apparatus upon the transfer of sovereignty in 2002 and who imposed constitutional and governance regimes that were dominated by a language not understood by the people. The use of Portuguese in the parliamentary proceedings is another manifestation of this phenomenon - a quest to maintain a political hegemony that is essentially undemocratic.

The Parliament, the Government and the Courts' use of Portuguese for legislation and judicial decisions with hardly any translation or socialisation of the laws and decisions that determine the rights and liabilities of citizens under the law is not consistent with basic democratic principles.

The publication of legislation and court decisions in Portuguese entrenches the political order that deploys those tactics to maintain dominance of the State by the existing elite and provides little opportunity for the community to participate in the law and policy making processes.

It is, to lawyers, and to the ordinary person, an absurd notion that a Parliament or a Government or the Courts would use what is in effect a foreign language to the present generation that grew up under the Indonesian occupation.

It would be like the Australian or United States or English legislatures publishing new laws in Japanese.

Further, how, for example, would a member of the East Timorese community be able to sit in the public galleries in that august chamber of the Parliament when in session and using Portuguese and understand what was going on? Not even all members of parliament know Portuguese - but they would at least would have the benefit of simultaneous translation.

During the Indonesian occupation, bahasa Indonesia was also deployed as a means of domination and exclusion by the Javanese imperialists who perpetrated decades of crimes against humanity and human rights abuses leaving hundreds of thousands of Timorese dead, maimed and or psychologically injured.

So, there are some aspects of the use of Portuguese not only in the Parliamentary sessions but in the laws it enacts as well as in government decree-laws and government decrees, judicial decisions, the Official Gazette in which certain decisions of the State organs as well as all those laws must be publisehd and so on, which raise some fundamental questions about the transparency of political and legal debate in the country, about the common citizens opportunity to participate on the political processes and about the fate of participatory democracy in this country.
at Friday, April 01, 2011

Altough I agree that the vast majority of the East-Timorese do not speak Portuguese or undesrtand Portuguese so do equal number of them do not speak understand English either.

The article went over the top, to the point of steering up trouble, by ignoring that Portuguese is one of the oficial languages of the country and Portuguese is to be used only once a month!

Which country ask its own people everytime before make or take decisions? If the government decided to have a referendum about something that might not be of ETLBJ's interest, there will other way to attack the government for waiting public money. So damn they do damn if they don't. Moreover, there are always translations available throughout the parliament but it sounds that ETLBJ only notices when the procedures are in Portuguese but NEVER NOTICED when it is on English, which is a shame. There must be a way of weighing things up than steering up!

The crazy decision to push for Portuguese in any aspect of the Democratic Republic of Timor-Leste's democracy is a national security risk. Lets hope the new 2012 Parliament and Government reflects the face of this youth country and transparency is given back to Timorese people with the National Tetun language.

I just don't understand the whole controversy of East Timor having portuguese as one of its official languages.
Before the 1975 Indonesian invasion the Indonesian language was not spoken by any number of people deserving a mention. Are people trying to suggest that 25 years after an illegal occupation that caused the deaths of nearly 1/3 of the timorese population and the forced imposition of Indonesian as a foreign language in East Timor in 1975, East Timor should actually adopt it as official because more people speak Indonesian than Portuguese? That sounds ridiculous to me. Given another 25 years most likely more people will be speaking Portuguese besides Tetum anyway.
Moreover, the newer generations of timorese children nowadays do not speak Indonesian simply because of the total collapse of the Indonesian education system that resulted from a complete exodus of Indonesian teachers in 1999 along with the Indonesian administration. The void had to be filled and Portuguese was the best option for strategic regions. After such a long struggle for independence it would be a shame for East Timor to become a mere satellite for any of its two powerful neighbors.

Hey Annoymous,
Be careful of what you are saying. Why do you say that adopting Portuguese as official language is a national security risk? It makes no sense at all.

The new report shows that Portuguese and Spanish are the two fastest growing languages in East Timor. Why spanish?? Because the cuban and the spanish government are offering the oportunity to the people of East Timor to study medicine and clases are in spanish. By 2015 Portuguese language would be spoken by 50% of the population. English is completely dead in this country. The future speak spanish.

Have you heard that Portuguese speakers can understand Spanish quite easily but Spanish speakers can hardly understand Portuguese. Timorese learning Portuguese can communicate with the Cubans which speak Spanish. Also Portuguese grammar and pronunciation is more difficult and complex than Spanish.

Portuguese language is growing in East Timor and the world. As more and more East Timorese learn and become fluent in Portuguese. Tetun will fall by the wayside. Tetun has no clout in the world, but Portuguese does. Besides, if you know Portuguese you are almost automatically gifted Spanish, because the two languages are so close in vocabulary, grammar and structure. Plus, knowing Portuguese makes understanding French and Italian easy too.

Portuguese is growing in importance in the world - even the Chinese are learning it. China does tons of trade with Brazil, Angola and Portugal for example - Portuguese speaking countries.

More people speak Portuguese in South America than Spanish. Brazil is already an economic giant - 5th largest economy in the world re: GDP. Brazil is a member of the BRIC countries who will control the global economy very soon.

Angola is becoming an economic power in Africa. Portuguese is spoken in Brazil, Angola, Mozambique, Guinea Bissau, Cape Verde, Sao Tome and Principe, East Timor, Macau, and of course, Portugal. Even many South American countries are learning Portuguese which is mandatory in the schools in Uruguay, Paraguay, and Argentina re: the Mercosur/sul S.A. economic trade agreement.

So, the East Timorese should stop being ridiculous and accept the fact that they have a beautiful and very important world language to call their own - Portuguese! It is the 5th most spoken language in the world and growing every day!

I am going to make a distortion of this sentence in the article:

"It would be like the Australian or United States or English legislatures publishing new laws in Japanese."

and would rearrange it to:

"It would be like Japan invaded Australia, made Japanese official, and 30 years later when Australia gets it's freedom it wants to resume it's own language. Then it's bigger and richer neighbours are insisting it keeps Japanese because English is obsolete, they say."

It's longer, but more accurate, this is how many people feel when you mess with the reparation of their national identities.

oh no, don't use portuguese. look what african countries using portugese. If you want to keep tetum alive, use tetum, not portuguese. or at least bahasa indonesia, it is one family language with tetum. porto is far flung reach and you got no hold in this asia, asian era.