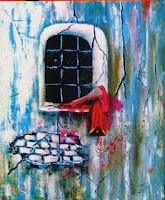 Press Release Period: March 2011 Edition: 18 March 2011 - On 18 March 2011, JSMP launched three reports, namely ‘An Overview of the Justice Sector in Timor-Leste 2010’, ‘A Critical Analysis of the Legal Framework’, relating to the protection of victims of Gender Based Crimes in Timor-Leste, and a ‘Report on the Training Activities and Seminars/Workshops’ on the justice sector, role of judicial actors and access to the formal justice system, which were provided to local authorities, youth, police and students. These reports were launched at the JSMP Office, Rua Setubal, Kolmera,Dili.

According to the Executive Director of JSMP, Luis de Oliveira, 2010 was a productive year in several areas, because the courts and other legal institutions were able to handle a variety of challenges and resolve some major sensitive cases related to incidents in 2006 and 2008.

The three launched reports are intended to emphasize the achievements and challenges faced by the courts in the performance of their mandates.   These three reports will serve as comprehensive and substantial reference points for the people of Timor-Leste on the facts and realities encountered by the justice sector in 2010.

The Overview of the Justice Sector Report highlighted critical matters affecting the justice sector and analyzed developments/achievements and challenges faced during 2010. This report also discusses events that occurred in 2010.

JSMP believes that 2010 was a landmark year for the justice sector in Timor-Leste, because in 2010 a number of important cases were processed and resolved by the courts. For example, the 11 February 2009 case, the case relating to an Attack on the Residence of Taur Matan Ruak, and the Fatu-Ahi case. Important pieces of legislation were approved, including the Law Against Domestic Violence, and several draft laws are being developed including the Draft Law on Juvenile Justice, Draft Law on Legal Aid, and Draft Civil Code.

Issues that have been keenly debated such as the issue of the Presidential prerogative to grant pardons are underlined:  this report also questions a number of issues and urges authorities, related institutions, and other components of the legal process to be consistent and to fulfill their respective duties in accordance with the principles enshrined in the Constitution, international law and other laws.

In addition, the Critical Analysis of the Legal Framework relating to the protection of victims of Gender Based Crimes in Timor-Leste explains the legal framework that deals with gender based violence, practical challenges and practical recommendations on how the related institutions can improve in the future.  JSMP believes that this report will serve as a substantial reference for the justice sector and the general public, because it provides concrete facts about the experiences of women in the formal justice system by analyzing three cases based on the real experiences of the VSS in the field as part of the legal aid that they provide to victims. This report acknowledges that currently Timor-Leste has a relatively comprehensive legal framework to regulate and protect victims of gender based violence; however in practice, victims still face a variety of challenges in relation to their ability to implement and enjoy their rights. Therefore, this report was entitled: Legal Protection for Victims of Gender Based Violence:  Laws Do Not Yet Deliver Justic.

The third report discusses training and information that was given by JSMP to local authorities, youth, police and students. It provides general analysis on the public’s understanding and view of the justice sector, women’s access to the justice sector including the role of local authorities and other key groups in the context of strengthening protection and support for victims of gender based violence at all levels of the process.

JSMP believes that these reports will be valuable references for the community of Timor-Leste on the achievements of the justice sector in 2010.  JSMP hopes that in 2011, and in the future, all parties will continue to strive to invest in the justice sector as one of the crucial pillars of the rule of law in a democratic nation.

JSMP also wishes to thank everyone for working hard in 2010 in order to guarantee and uphold the rights of all people, the principles of democracy, and the rule of law as an important foundation for governance in Timor-Leste.

JSMP would like to specifically thank donor institutions such as USAID, The Asia Foundation, Justice Facility, The Royal Norwegian Embassy Jakarta and Misereor from Germany. In addition, JSMP also wishes to thank all other legal institutions such as the district courts, prosecution service, public defender’s office, private lawyers, police from the VPUs, as well as the court clerks, who have contributed their support to enable JSMP to compile these reports. Your support and cooperation is greatly appreciated and will have a significant impact on the establishment of a strong justice sector to guarantee the rights of all people as set out in the law.

This report is available in three languages: Tetum, English and Indonesian.
at Wednesday, March 30, 2011