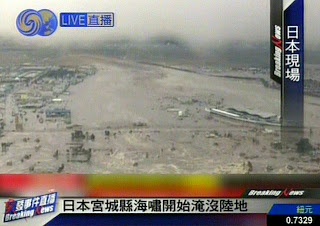 ETLJB 11/03/2011 ETLJB expresses profound solidarity with the people and nation of Japan after a gigantic earthquake has caused an enormous tsunami to crash into the country's Pacific coast engulfing entire towns and sweeping all before it.

The Japanese people have been strong supporters of East Timor and we sympathise with them and are deeply shocked by the terrible losses and damage that will be revealed once the tsunami subsides.
at Friday, March 11, 2011