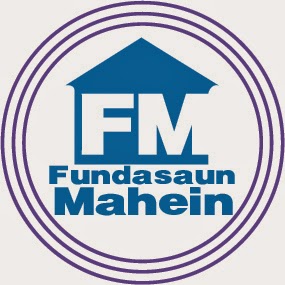 ETLJB Fundasaun Mahein - As FM reported in a previous blog post, ex-guerilla commander Mauk Moruk visited the attorney general’s office last week in hopes of establishing the Revolutionary Council of Maubere (RCM) as a legal organization.  His visit came just days after Parliament passed a resolution calling for his arrest.  Despite the resolution, Mauk Moruk was escorted through Dili by an F-FDTL security detail, and was taken to the attorney general’s office in an F-FDTL vehicle.

If the details surrounding this incident weren’t troubling enough, yesterday  (March 10) the Suara Timor Lorosae newspaper reported that F-FDTL Commander Lere Anan Timor had not been aware during the time that members of the F-FDTL were escorting Mauk Moruk.  Commander Timor stated that he was “unhappy …”.  If Commander Timur did not give or approve the order for these soldiers to escort Mauk Moruk, then who (if anyone) did?

According to FM’s understanding of military doctrine, the action taken by this group of F-FDTL soldiers represents a severe breach of military protocol and discipline.  The fact that certain army members decided to protect a suspect whom had been targeted by the government for arrest, without the knowledge or consent of the F-FDTL Commander, signals an alarming disregard for the chain of command.  Without an adherence to the chain of command, an army is little more than a glorified group of unorganized, un-unified, and unreliable militants.

It also seems odd that Commander Lere Anan Timor did not intervene immediately upon being informed that F-FDTL soldiers were escorting Mauk Moruk.  Although he has publicly expressed his unhappiness regarding the incident, it is unclear what penalties have been levied on the disloyal F-FDTL members in question, if any have been at all.

The questionable loyalty of Timor’s defense forces is especially worrisome given the escalating tensions between the Revolutionary Council of Maubere (RCM) and the government.  Mauk Moruk has recently made statements threatening to prevent government meetings in Timor-Leste with Portuguese speaking countries.  The government has every reason to take his threats very seriously.

Just yesterday morning, 10 March 2014, members of the RCM were allegedly responsible for launching a grenade attack in Baucau’s sub-district of Laga, as well as blockading a major road with a fallen tree.  The attack resulted in at least one injury, and traffic between Laga and baucau was severely affected as a result of the blockade.

This attack, and the openly hostile threats made by Mauk Moruk in recent weeks, classifies the RCM as toting the line somewhere between rebellion and terrorism.  The government has taken an obvious step in the right direction by not processing Mauk Moruk’s request to make the RCM a legally recognized organization.  The government must now do more to restore discipline and order to the ranks of the F-FDTL, to ensure that it will be able neutralize any possible future threat the RCM could pose to stability in Timor-Leste. Source: Fundasaun Mahein 11/03/2014 http://www.fundasaunmahein.org/2014/03/11/breach-in-f-fdtl-chain-of-command-exposes-military-vulnerability/