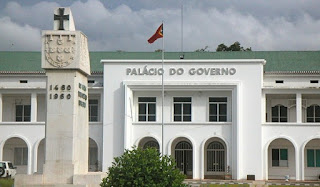 The Eighth Constitutional Government must ensure “good governance” and “clean governance” which was an electoral promise made by all political parties to promote their governance once they were in power.

A key element of good and clean governance is the credibility and integrity of public servants in these positions. This will strengthen public confidence in State institutions, and will increase the quality of public service provision and will bring prosperity to the people.

JSMP has carefully observed debate and criticism of the decision made by the President of the Republic, Francisco Gutteres, Lu-Olo, who asked the Prime Minister of the Eighth Constitutional Government, Taur Matan Ruak, to reconsider some prospective members of the Government who did not take part in the swearing-in ceremony on 22 June 2018, because they are being processed or facing judicial proceedings.

There were arguments for and against this decision, and much public debate has taken place, especially between politicians, because previously during the Seventh Constitutional Government the President of the Republic did not exercise his competence to monitor or check the list of prospective members of Government before the swearing in process.

“Even though this decision is controversial, it is a very progressive step forward because the political gesture of the President reflects public concern that the State needs servants who are free from criminal allegations to ensure the credibility and integrity of State institutions”, said the Executive Director of JSMP, Luis de Oliveira Sampaio.

“However, the President of the Republic also must ensure that this decision does not undermine the principle of presumption of innocence enshrined in the Constitution and the International Covenant on Civil and Political Rights ratified by the State as a basic and universal principle that democratic nations need to uphold in practice,” he added.

JSMP believes that this debate, arguments for and against, as well as observations, are normal in a democratic State and society, but we need to consciously focus all of our efforts on promoting good governance as a collective promise and commitment from all elements of society. Therefore those figures who assume public office need to have a good track record, in order to obtain the political legitimacy and authority required to manage and head key institutions during the mandate of the Eight Constitutional Government. This is also good for the stability of the government because if the courts later on notify these figures to appear before them after they are in power it will undermine the government.

The political gesture of the President of the Republic reflects public concern to date, especially the challenges and difficulties faced by the justice sector in getting active members of government and members of parliament to collaborate with justice.

JSMP has observed that the courts have faced many challenges and have wasted considerable time and resources trying to obtain the collaboration of active members of government and members of parliament who have been summoned to trial due to unclear and ambiguous interpretations regarding their immunity.

Therefore, JSMP requests for the Eighth Constitutional Government and members of the Fifth Legislature to develop guidelines on how to apply immunity in practice and avoid confusion.

JSMP recommends for those who object to the stance of the President of the Republic to take this matter to the Supreme Court of Justice to end this debate.END
at Saturday, June 30, 2018