East Timor: The Resignation of the President 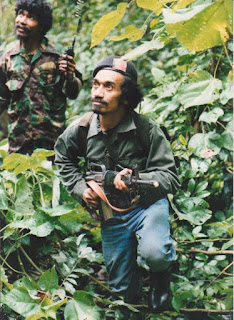 "Fortunately, the Constitution makes provision for the voluntary resignation of the President."

The contortions, perversions and dystopic situation of the government continues, caused by a President who, by grave error of judgment, wrongfully and unconstitutionally denies the government functionality.

Oftentimes, the solution of a complex problem is achieved through a simple process.

Considering that the President obstinately refuses the formal appointment of no less than nine Ministerial candidates nominated by the Prime Minister and further recalling my earlier observations about the unconstitutionality of the President's conduct, let us look at some other provisions of the Constitution that might become relevant or at least should be considered by everyone, but especially the His Excellency himself.

Since he finds himself at such a level of incompatibility with the democratically elected Parliament and Government, unable to discharge his constitutional responsibilities, has compromised stable governance at the expense of the people who expect their Prime Minister and his Ministers to rule, but, ultimately, unable to transcend the political ideology that is causing his problematical behaviour, has demonstrated incompetence to function as a constitutionally-compliant President, then one option is for him to resign from office.

Fortunately, the Constitution makes provision for the voluntary resignation of the President.

Article 81 (Resignation of Office)
1. The President of the Republic may resign from office by message addressed to the National Parliament.
2. Resignation shall take effect once the message is made known to the National Parliament without prejudice to its subsequent publication in the official gazette.
3. Where the President of the Republic resigns from office, he or she shall not be eligible to stand for presidential elections immediately after resignation nor in the regular elections to be held after five years.

In the case of resignation, the Constitution further provides for the presidential functions to be vested in the Speaker of the National Parliament:

The Government is entitled to govern. Those who resist this democratic governance are at such odds with the central ideas of democracy that the only option is to resign.

This would then enable the Parliament to resolve the gaps in the Government.

It makes neither common sense nor does it constitute good democratic jurisprudence that a Government that has a majority in the Parliament is thwarted from governing by the President acting far beyond his constitutional legitimacy.