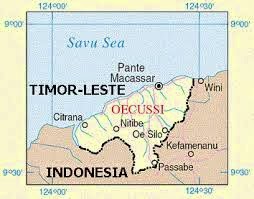 Conflict monitoring for the month of October 2013 recorded high levels of violence resulting in serious injuries or death. In Covalima and Baucau, two cases of stabbings triggered by alcohol consumption were recorded, and in Ermera, a woman was assaulted and then stabbed to death.

Farming in close proximity to the Timor Leste - Indonesian border contributed to increasing tensions between the communities of Lakufoan (Oecusse) and Naibenu (Kefamenanu - Indonesia). Verbal assaults escalated into rock throwing, house burning and property destruction, as well as physical injuries and the fleeing of Lakufoan community members into neighbouring villages. EWER monitoring recorded a total of 5 incidents relating to border conflict in Oecusse during October.

Similar to the previous month, monitoring for October continues to demonstrate a concerning trend of violent attacks by unidentified perpetrators in the evening and early hours.

The EWER system is generously supported by the United States Agency for International Development (USAID), the European Union through the Instrument for Stability, UNDP and GIZ .

Disclaimer: Information provided by Belun through the EWER Program is provided as a guide only. All incidents are verified to the extent possible. Belun does not accept liability for incorrect data, or decisions arising from the use of the data. Belun asserts that we are the sole authors of this report and that the ideas, opinions and commentary contained within are not intended to reflect or represent those of USAID, the Government of Germany, GIZ, UNDP or the European Union. Source: Situation Review October 2013 (Tetum version distributed in December 2013) English Version ( http://belun.us2.list-manage.com/track/click?u=28f7ca838aa874deb73e18b95&id=7cd720ccde&e=c0be244fd3 )
at Tuesday, July 08, 2014