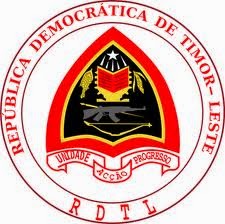 ETLJB 08/07/2014 - The Government met extraordinarily on Wednesday, July 2nd, 2014, in the Council of Ministers’ meeting room, at the Government Palace, in Dili, and analysed:

1. Government Decree approving the Magistrates’ Framework for the Judicial Magistracy

The Statute of the Judicial Magistrates determines that the promotion of judicial magistrates depends, apart from other rules of procedure related to experience and test grades, of the existence of a vacancy.

Currently, there are 17 judicial magistrates, except for practitioner judges, with the required experience, thus having one of the requirements for the right to ask for a promotion.

2. Government’s Resolution related to the rescheduling of the Action Plan for the Logistic Base of Suai

This diploma authorizes the Ministry of Petroleum and Mineral Resources and TIMOR GAP to reschedule the implementation program of the Master Plan for the Logistic Base of Suai, in order to adapt and anticipate the conclusion of the construction of the breakwater, as well as the construction of maritime support facilities to the transfer of oil and derivative products.

This rescheduling became evident with the detailed studies and continuous investigation, which have been developed during the last four years, on safety for construction and operation works, environmental impact and also on economic and financial issues.

The anticipation of the conclusion of the breakwater allows the construction of maritime support facilities to the transfer of oil and derivative products, which will be used by the Betano’s Refinery.

Amongst the various benefits of this rescheduling are the empowerment of the attraction to private national and international investment under the scope of the project, and the exclusion of the need to build maritime facilities exclusively aimed at Suai’s Refinery, thus reducing global costs of Tasi Mane’s project. In addition, it facilitates the implementation of a truly multifunctional and integrated structure, aiming the efficient and safe connection between different infrastructures, included in Tasi Mane’s project.

3. Awarding of tables and chairs to schools

The quality of teaching is one of the priorities of the Government, which is committed towards providing the best conditions to students from all the schools in the country. Accordingly, in order to find a solution to the lack of school materials in many schools, especially in rural zones, specifically tables and chairs, the Council of Ministers approved the purchase of one hundred thousand sets of school tables and chairs, with specific characteristics for the conditions of national schools.

The Minister of Petroleum and Mineral Resources presented to the Government the progress report on the Arbitration Process taking place at the International Arbitration Centre of Singapore.

Following the session of the National Parliament, last June 25th, on the debts of the State to Timor Telecom, the Council of Ministers analysed the issue aiming to find an effective solution for the payment of the debt.

3. Allocation of vehicles for the 10th Conference of Heads of State and Government of the CPLP

The Government approved the requisition of 350 vehicles belonging to the State, in order to support the displacements of the various delegations, which will be in Timor-Leste, under the scope of the CPLP’s Summit. Source: Presidency of the Council of Ministers V Constitutional Government Dili, July 2nd, 2014 Press Release http://timor-leste.gov.tl/?p=10259&lang=en