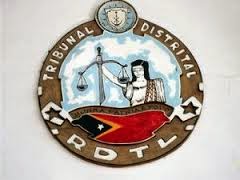 The head representative of the International Company ConocoPhillips in Timor-Leste, Jose Lobato, said that he greatly appreciates the independent workings of the Dili District Court in dealing with the tax cases where the Timor-Leste government alleged that the company failed to pay a large amount of taxes.

Lobato said that they are still awaiting for the decision from the arbitration in Singapore regarding these cases.

But, Lobato said that he did not agree with the accusation made by the government that the company is yet to pay taxes for many months in the past.

"(The government), if I am not wrong said that we did not pay our taxes, I don't know which taxes? Under which obligations have our company not paid? That I do not know? The obligations of the company are to pay royalties, taxes on profits and duties, sometimes we paid more than our obligations, because each year, we always paid our taxes as we were obliged to, and we believe we have paid everything as required under Timor-Leste law," said Jose Lobato.

Lobato made these remarks during a 2 day colloquium on 26-27 June last in which he was a speaker to deepen knowledge and disseminate information to the media regarding natural resource management pursuant to EITI standards organized by the Ministry of Petroleum and Natural Resources, held at the Jacinto Supermarket conference room, in Kuluhun, Dili.

According to him, after they had paid all of their taxes, the government continued to pressure them, so they looked for am amicable solution taking the government to arbitration court in Singapore, the decisions of which they now await from the judges.

"After having paid it all, we tried in good faith to resolve the case, tried to negotiate regarding the interpretation of some points claimed, that is what we tried to do," Lobato said.

Lobato said that it appears that at the time these cases were taken to the Dili District Court, the chief advisor leading the ministry of finance team was someone named Bobby Boye.

According to him these two sets of cases taken to the courts were properly decided under Timor-Leste law.

ConocoPhillips has always been confident that the tax assessments by the government were issued on the basis of bad advice, not in accordance with Timor-Leste law nor the Timor Sea Treaty," said Lobato.

The Dili District tribunal delivered its decision in relation to seven cases, but ConocoPhillips has taken 28 cases, with the courts deciding on seven cases only, but ruling in Cavour of ConnocoPhillips and ordering the government to instead to the company US$20,000 or so in costs, said Lobato.

"ConocoPhillips really appreciates  the work of the Timorese judges in delivering this impartial and independent decision from the Dili District Court," he said.

"Indeed I am satisfied with the Dili District Court which has shown its impartiality, it's Independence in relation to a political decision, and this is very important for Timor-Leste because if we want serious investors to come to Timor-Leste, then the courts have to show they are independent," he added. Source: Jornal Independente Monday, 30 June 2014
at Tuesday, July 01, 2014