Council of Ministers Meeting of October 12, 2011 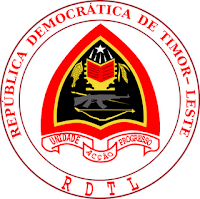 1. Decree-Law on the Downstream Sector

The Council of Minister approved the Decree-Law, presented by the Secretariat of State for Natural Resources and by the National Petroleum Authority (NPA), which approves the general legal regime applicable to licensing activities concerning the supply, processing, transportation, storage, sales and marketing of petroleum, petroleum products and similar products, commonly identified as downstream activities. This Decree-Law also regulates the powers and duties of the NPA in this matter and on the supervision of the downstream sector, as well as the procedures for inspection and supervision of such activities and its penalties.

2. Government Resolution approving the Agreement for Assignment of Lease and Operation of the Hotel Timor

The Fundação Oriente presented a proposal to the State to extend the lease and commercial exploitation of the Hotel Timor, together with a proposed reinvestment for its expansion, to build an annex to the main building, increasing the hotel’s capacity and quality of supply.

Given that the State is interested in the development of the mentioned building, as well as its hotel unit, the Council of Ministers approved the draft contract for the exploration and leasing of the Hotel Timor for a period over 15 years.

3. Decree-Law that approves the Benefits payable to former Chief of Defense Staff of the F-FDTL

The Secretariat of State for Defence has proposed and the Council of Ministers approved the Decree approving the benefits payable to former Chief of Defense Staff of the F-FDTL, recognizing the personal sacrifices for the sake of a better future for Timor-Leste and all that they gave to their people.

The Council of Ministers still analyzed:

The Ministry of Finance and the Ministry of State Administration and Territorial Planning presented the plan to disseminate the results of the "Census 2010 Fo Fila Fali". The objective is to inform village communities about the results that represent them so that they can interpret it in order to contribute to the Government’s community development program.

The suco report, "Census 2010 Fila Fila Fali", presents the results according to the 2010 Census on the total population, education, employment, agriculture, animals, housing conditions, water and sanitation among others. The "Census 2010 Fo Fila Fali" covers 442 sucos spread over 13 districts, its launch at national and district levels will be on November 4 and the dissemination of results by the sucos will be between November 7 and December 21.

2. Decree-Law on the Restriction of Animals in Urban Areas

The Ministry of Agriculture presented a Decree-Law proposal which aims to preserve the conditions of hygiene and public health in urban areas and on its surroundings, protect the environment and at the same time, prevent and minimize damage caused by stray animals or without any control.

3. Decree-Law on the System of Identification, Registration and Movement of Animals

The Decree-Law submitted by the Ministry of Agriculture to the Council of Ministers establishes the identification, registration and movement of animals of various species in the country.

As its name indicates, the diploma aims to regulate the system for marking, identification and registration of various species of animals to ensure their verification and sanitary conditions control and pair it regulate the transport and movement of the animals in order to combat the illegal transit of cattle. These measures help to provide more confidence in the consumer when purchasing meat produced domestically.

Regarding allegations of illegal conduct by Minister of Agriculture & Fisheries
The Council of Ministers also discussed the subject matter in recent days by the media about a Timorese carrying money illegally, via Darwin airport, suggesting the involvement of a Member of the Government, the Minister of Agriculture and Fisheries, Mr. Mariano Assanami Sabino. The Council of Ministers deplored the excessive use of disinformation to defame, without the least care about the truth.

The Council of Ministers took the opportunity to congratulate the daily "Timor Post, in its edition of October 12, by revealing the truth about this matter and welcomes Ambassador Abel Guterres, Ambassador of Timor-Leste in Australia for his work of establishing the facts with the relevant institutions in Australia and to pass the information to the daily "Timor Post, informing the public in a responsible manner, as to the falsity of the charges.
at Friday, October 14, 2011