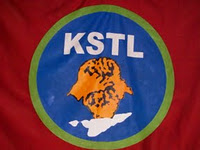 East Timor Legal News 12 Oct 2011 Source: East Timor National Labour Union PRESS RELEASE 12 October 2011 - On Tuesday 11 October at 08am, the General Secretary and the National Organizer of General Workers’ Union including 17 workers were arrested by police while preparing for a peaceful protest in the office of Ministry of Justice.

The protest was being staged in support of the demand of 19 workers that been dismissed unfairly by the Justice Ministry. These two union officials, the Secretary General Mr. Almério Vila Nova and the National Organizer Mrs. Henita Casimira of the General Workers’ Union (SJT-TL) and the 17 workers are now still in the cell of Police in Caicoli-Dili.

The workers were engaged in the preparation of protest were dismissed from the Turismo Hotel because of the unfair decision of the Justice Ministry towards their management in closing the business.

The dismissed workers are all members of the General Workers' Union who had been active in attempts to negotiate with the employer and the government regarding the compensation and the continuation of their employment with the new management.

The president of Pick Union Body in Timor-Leste/KSTL, Mr. José da Conceição da Costa said that this is abuse of power of the government member. “She wants to take advantage (benefits) of the business that is why she decides to kick out the current management and give the contract to other business man so she can be benefited from the business”. This is unfair decision in the Democratic Country like Timor-Leste and it is caused many workers lose their jobs. The minister only thinking for her self and ignore the people who she supposed to served.

After tripartite negotiations with the employer and the Justice Minister in last year, the minister agreed to settle this matter in a very short time, but until today there is no realization yet.

Formal protests are being lodged by the union with the Government of Timor-Leste and the parliament over the intervention of the police and the attitude of the minister in causing dismissal of the workers, and urge the National Police to immediately release the union officials and the workers.

KSTL calls upon the government and the parliament to take serious actions to settle this matter as quickly as possible.