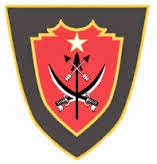 ETLJB 27/06/2014  -  According to the East Timor NGO Belun Early Attention and Response Program, 17 members of the national police force PNTL and of the national defence forces F-FDTL have been involved in crimes.

The finding was published in The Dili Weekly on 25 June 2014. According to the report, the President of the Republic, Taur Matan Ruak, has urged the commanders of both the police and the defence forces to resolve community concerns in the community about police and soliders' involvement in crimes.

The Director of Belun, Luis Ximenes, is reported to have said that the 17 officers were identified over the period January to April 2014 includes 10 members of the police and 7 from the defence force.

"These elements were involved in physical violent crime, such as beatings, punching and threats to others,” said Director Ximenes, adding that the crimes took place mainly in the capital Dili wth complaints coming from the community in Dili in larger numbers.”

The President himself, who is also so the Supreme Commander of the defence forces and the police acknowledged the problem of police and military perpetrating crimes.

"The president will register theses cases and will ask the command of the police and the military to seek more information and find solutions to these challenges. Source: The Dili Weekly http://www.thediliweekly.com/en/news/capital/12548-pntl-and-f-fdtl-elements-in-trouble-with-the-law 25 June 2014 10:31 Original article written by Venidora Oliveira. This version Edited by Warren Wright