10 Years Ago in Timor-Leste 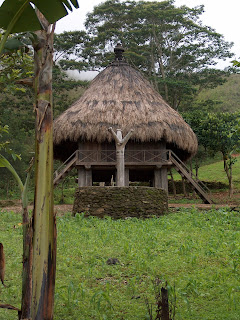 CNRT not to let President Lu-Olo to go overseas Radio Televizaun Timor-Leste, November 5, 2018 Language source: Tetun President of the National Congress for Timorese Reconstruction (CNRT) Bench at the National Parliament Duarte Nunes said that they won’t let President of Republic Francisco Guterres “Lu-Olo” to have official visit to other countries including going to Vatican if the president was persistent not to resolve current political deadlock. He stressed that if no solution found for overcoming the political deadlock in the country, then CNRT would maintain their position not to vote in favour for the official visit of the president to another country.

“AMP has its commitment that if the president does not induct the nine ministers, we won’t let him out. This is our commitment and there is no influence.” “Having visit to Vatican is important therefore the president can go as individual as it is his right to go…,” Nunes said.

He said that they are ready to vote in favour for approving President Lu-Olo’s official visit to Vatican if he inaugurates nine ministers in order for them to carry out their work to support well functioning of the VIII Constitutional government.

The visit’s rejection, which received 35 votes to 26 on Monday, followed parliament outlawing the President’s attendance at Bali Democracy Forum in Indonesia, the UN General Assembly in New York, and a State Visit to Portugal. Addressing parliament after the vote count, Duarter Nunes, from CNRT – one of the ruling parties, said it was a political decision, therefore, it could be changed if President of the Republic reversed its decision on the pending nominations of the nine government’s members.

“There is a chance that PN might authorise President’s visit to Vatican within days before his departure at the end of this month if there is a change of political decision from President of the Republic himself regarding the pending nominations of nine government members,” Nunes said. On the other hand, David Dias Ximenes, from the opposition party Fretilin, who had supported the trip, described the cancelation as disrespecting Timorese people who were mostly catholic and damaging bilateral relation of Timor-Leste and foreign country.

“Our internal problem needs to be resolved internally; there is no need to impede President of the Republic’s visit to Vatican that represents the state and its people,” Ximenes said.

Since June 22, President Lu-Olo has been firm not to inaugurate nine nominations of government officials because of their involvement in corruption investigations. The position which retaliated by ruling parties in parliament by denying his foreign visit plans four times in a row.

Parliamentarians concern about the security situation Radio Televizaun Timor-Leste, November 5, 2018 Language source: Tetun Parliamentarian David Dias Ximenes from Fretilin said that he was concerning about the security situation in the country as there were some incidents happened had left some people dead. Member of the Parliamentary Committee B for Defence and Security, Ximenes said that the emergence of the incident in some districts was the result of the lack of preventive operation from the Timorese National Police (PNTL).

He suggested to the PNTL’s Commando to reactivate or deploy its members in every places to prevent and respond to an unwanted case that might happen in the future. “There is no prevention operation. We don’t have it. You the journalist can do observation at night to see how many police officers doing patrol at night? …” Ximenes said. Meanwhile former President of the National Parliament Aderito Hugo da Costa, who is a member of the Parliamentary Committee B, said that law does not permit anyone to do public perturbation.

Manufahi District Police detains two Indonesians Radio Televizaun Timor-Leste, November 5, 2018 Language source: Tetun Manufahi District Police Commander Superintendent Agostinho Gomes affirmed that they had recently detained two Indonesians, who misused their tourist visas to do business in Same, Manufahi Municipality. Superintendent Gomes affirmed that the two Indonesians were detained when they did their business in Same selling paint, yet the visa they had was tourist visas. “We detained them as they misused their tourist visas. Another reason was that one of the detainee’s mobile phone has his photo wearing Indonesian Police Uniform … and holding a pistol. But after investigation, we found that anyone can wear such uniform, especially those who likes to wear such a uniform. Therefore we decided to hand them to the Immigration Police to process their case with Immigration law,” Gomes said.

Jesuina Gomes elected as new Provedor of PDHJ GMN Diário Nacional, November 6, 2018 Language source: Tetun National Parliament (PN) has elected Jesuina Gomes as new Provedor of Timor-Leste’s Ombudsman for Human Rights and Justice (PDHJ), following the conclusion of Provedor Silveiro Pinto Baptista’s mandate on October 30, 2018. “The candidate Jesuina Maria
Gomes got 38 votes and Horacio De Almeida got 23 votes, therefore, Ms Gomes is elected as new Provedor for the next four years,” PN President Arão Noe announced after counting the votes in plenary session on Monday (05/11). “We will notify the elected Provedor to declare her income in parliament before her inauguration,” Noe added. Beforehand, Ms Gomes was Deputy Provedor for GoodGovernance Affairs in PDHJ and as Chief of PDHJ Office since 2015.