Police accused of unnecessary violence and lack of gun control 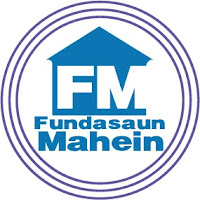 "Given this history of violence, it is clear that PNTL has a systematic problem when it comes to unnecessary physical aggression and the unlawful use of firearms.." Fundasaun Mahein

Independente, November 22, 2018 Use of violence amongst Timor-Leste’s police is a “systematic problem” and the failure to implement structural reform represents a violation of its citizen’s rights, according to security watchdog Fundasaun Mahein.

The comments came after an off-duty police officer allegedly shot and killed three young men and seriously wounded five people at a party in Kuluhun, Dili on Sunday morning.

“Given this history of violence, it is clear that PNTL has a systematic problem when it comes to unnecessary physical aggression and the unlawful use of firearms,” Fuandasaun Mahein argues.

The Kulu-hun incident draws attention to the fact that PNTL members too often carry their guns while off-duty, and that PNTL is either unable or unwilling to enforce rigorous rules governing access to weapons from the PNTL armory.”

To address the issue of police violence, Fundasaun Mahein recommends structural reform within PNTL, including training, discipline, rules, control on firearm use and periodic psychological tests for PNTL members to ensure officers have requisite mental stability to carry weapons.

As well as criminal sanctions imposed on officers involved in the Kulu-hun incident PNTL institution should also take responsibility for its members, Fundasaun Mahein argues.

“This incident occurred because of a breakdown of the rules and procedures guiding the use of firearms, and it is ultimately the responsibility of PNTL commanders to enforce these rules and ensure the strictest discipline among their subordinates.”

A suspected officer, Jose Mina, has been taken into custody for allegedly conducting the Sunday morning shootings. Julio Hornai, the Commander of PNTL, said the officers who carried their weapons off-duty had “violated the law and had to take the consequences”.

FM said that police have also been accused of using their firearms to cause injury or death in: