Final hearing of 2019 OJE, President Lu-Olo to consult with the Council of State 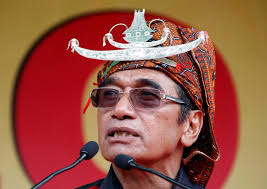 President of the Republic Francisco Guterres Lu-Olo says he needs to consult with the Council of State before deciding whether to promulgate or veto the 2019 State Budget (OJE), as the hearing cycle is coming to an end and public pressure for the promulgation of the budget growing. T

he President is torn between enacting the proposed budget to put an end to a protracted economic crisis in the country due to political stalemate or vetoing the budget as large amount of money are allocatesd to Greater Sunrise Development and gas- processing industry in Timor-Leste’s southern coast.

In a press release from President Office, Lu-Olo said he would organize a hearing with the Council of State which focused on 2019 OJE on Tuesday (15/01).

On December 22, National Parliament approved a US$2.132 million 2019 budget with 8 percent allocated for investment in the agriculture and food security, education, and health sectors.

In the first day of the hearing, Lu-Olo had warned the government’s proposed 2019 budget failed to consider the needs of the Timor-Leste’s poorest rural people, due to its low agricultural sector expenditure.

The $2.132 billion budget ceiling for 2019 of which only 1 percent is allocated to the agriculture sector. This is compared to 33% for major oil and gas projects, including Tasi Mane and the purchase of Royal Dutch Shell and ConocoPhillips’ stakes in the Greater Sunrise natural gas fields for $300 million and $350 million respectively.

Lu-Olo said the government’s failure to prioritize developing the country’s agricultural sector was “very concerning,” as it sat at odds to the need to the country’s large rural population.

He said improving the lives of Timor-Leste’s rural poor by helping develop the agricultural sector was “key to changing people’s lives.”

Over 67% of TimorLeste’s population lives in rural areas and are largely dependent on agricultural for their livelihood, according to World Bank statistics.