Fretilin members walk out of parliament in protest over petroleum debate 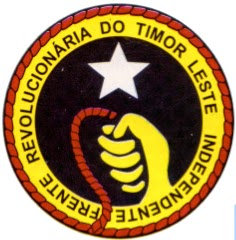 Fretilin members walk out of parliament in protest over petroleum debate Independente, January 14, 2019

Members of the Fretilin Party staged a walkout in parliament on Thursday in protest over the government’s bid to increase access to the nation’s petroleum fund for investment in energy projects, declaring the bid “illegal.”

The proposal, vetoed by the President of the Republic in December, would remove a 20 percent cap on state participation in oil projects, and would allow Sunrise and other projects to bypass approval by parliament.

Fretilin has maintained the decree could misrepresent or dilute the difference between financial assets and other assets. Antonino Bianco said in a press conference to media after the walkout that Fretilin rejected the law change, concerned modifications would reduce accountability and lead to over-stretching of the fund’s use.

But the Fretilin party was accused by opponents of working against national interests. Mariano Assanami Sabino, from the Democrat Party, said development of the nation’s petroleum industry was critical to diversifying Timor-Leste’s economy and improving the livelihoods of the population.

Arao Noe, President of National Parliament, said Fretilin’s rejection of the vote was a matter between its party members and declined to comment further. The walkout did not affect the parliamentary vote, with 41 members of parliament voting in favour to approve the law change.

The President of the Republic, Francisco Guterres Lu-Olo, will have eight days to enact the same bill he refused last year. $650 million is required for the buyout of Royal Dutch Shell and ConocoPhillips holdings in the Greater Sunrise gas projects.

The deals would give Timor-Leste a majority state in Greater Sunrise, along with remaining partners including Australia’s Woodside Petroleum and Japan’s Osaka Gas.