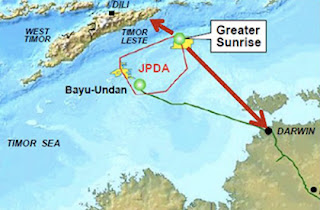 The National Parliament (PN) has scheduled a reappraisal of the proposed changes to the Petroleum Activities Law, which was vetoed by the President of the Republic Francisco Guterres Lu-Olo today (10/01).

On December 11, 2018 President Lu-Olo vetoed the amendments of the 2005 Law on petroleum activities. The Timorese Government proposed to amend Timor-Leste’s 2005 Petroleum Activities Law to smooth the State and its public company to participate in the Greater Sunrise Development since the law bans the nation and its public company from owning more than 20% share in a petroleum project.

The amendments of the law will also change the conditions in which money from the nation’s Petroleum Fund can be used to finance the purchase of Royal Dutch Shell and ConocoPhillips’ holdings in the Greater Sunrise gas project.

Timor-Leste’s government has agreed to buy out ConocoPhillips’ 30 percent and Royal Dutch Shell’s 26 percent stakes in the Greater Sunrise consortium for US$350 million and US$300 million, respectively after signing the purchase deals with the two companies in October and November 2018.

National Parliament President Arao Noe said all benches in parliament had agreed to discuss and vote for the new appraisal of the law on Thursday (10/01) in order to send it back to President of the Republic for promulgation.

“The National Parliament is required to do a new appraisal of the Petroleum Activities Law that President of the Republic vetoed to alter and confirm the proposed changes on the law,” Noe told reporters at PN on Wednesday (09/01).

Noe said after learning the President’s reasons for vetoing the proposed changes to the law, the proponent benches thought that the new appraisal did not require two-thirds votes of the active parliament members as written in article 88, point 3 Constitution.

Under the Timor-Leste Constitution, article 88, point 1 and 2, in the event of a Presidential veto, the law changes can be considered by the National Parliament, which has up to 90 days to confirm it by an absolute majority, then return it back to the President who is mandated to approve it within eight days.