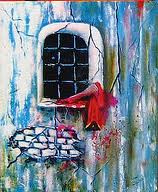 ETLJB 21 October 2012 - The rule of law is an indispensable concept of democracy. Without it, democracy is destroyed and a state based on the will of those who wield political, social and economic power emerges, to the great detriment of the masses who are then subject to  the arbitrary self-interests of the powerful no longer accountable under the law.

During the Indonesian occupation, which was essentially an illegal military occupation, there was, as there are in all states of martial law, a displacement of the rule of law by the rule of state violence. Uncountable violations of the municipal criminal (and civil) law, innumerable violations of the most basic of human rights, the right to life, the right to a fair trial, the right to freedom of peaceful assembly, among others, were and remain, unpunished. Impunity for criminal acts perpetrated by the Indonesian military and police as well as those Timorese themselves who participated in them either willingly or under duress during the 24-year occupation was the order of the day.

In the years since the restoration of independence, there has emerged a pattern of impunity and the arbitrary overriding of the judicial organs of state by the executive along with a growing disconnect between the citizenry and the state and those who occupy and control the state apparatus. This disconnect has recently been articulated and analysed by Neve in his article Legitimate Politics and Structural issues in Timor’s Fragility.

I posit that a central element of this disconnect and the erosion of the rule of law and democratic principles, and, therefore, of the problem of legitimacy of the state in East Timor, is this pattern of impunity for serious crimes as well as the partial application of the law based upon social or political status.

As pointed out in a recent article by Fundasaun Mahein (FM), “the matter of justice and impunity for crimes is not just a matter that complicates the relationship between Indonesians and Timorese, but increasingly it is a matter of concern for relations between Timorese and other Timorese, inside Timor-Leste.”

Since the restoration of independence, there have been several prominent circumstances of serious criminal behaviour in respect of which the perpetrators have not been subject the full force of the law or, where they have been found guilty by the Courts and subjected to the penalties provided for in the criminal laws which they violated, have been released by the Executive from their legal liability to serve those penalties. All of those circumstances have undermined and dealt debilitating blows to the rule of law and the separation of powers doctrine that form the pillars of a democratic state.

FM cites several “security incidents” that have occurred in East Timor since independence that have resulted in manifestations of impunity; they being:

Furthermore, says FM, there has “a trend that sees important people not having to pay the penalty for their actions.  A number of politicians and their relatives have been involved in fatal vehicle accidents since 2004 but have never had to follow the law.”

Behind this impunity and exemptions from the application of the law by blind justice, is, according to FM, the “socio- economic hierarchy [that] drives the decisions behind how and when the legal rules will be bent in order to maintain harmonious relations or to “protect” people from the law.”

FM cites the following cases as examples of this trend:

1.      The case of F-FDTL (East Timor Armed Forces) solider Armindo da Silva convicted in killing PNTL officers on 25 May 2006 at the terrible height of the 2006 disintegration of the rule of law. This soldier only spent some time under “house arrest” and was then forced to retire from the army.  However the army ensured that his retirement was effected in an honourable manner so as to protect his reputation.  This was because he was veteran of the 24-year armed struggle in FALINTIL and a close associate of the senior F-FDTL leadership despite his relatively low rank.

2.      In the case of former Minister of Justice Lucia Lobato convicted of abuse of power in June 2012 and sentenced to 5 years imprisonment by the Dili District Court, she was made an example of for a number of reasons.  She was politically weak and the establishment sought to punish not only her but also her political party the PSD.  Her immunity from prosecution was readily removed by the Parliament to allow the proceedings against her to go ahead. PSD subsequently imploded in the July 2012 election and is no longer a political force in Timor-Leste.

However, Lucia Lobato comes from a senior and important political family in Timor-Leste and she is the niece of the first Commander of FALINTIL and the second President of Timor-Leste Nicolau Lobato.  As such, imprisoning her for the 5 years that she was sentenced to is proving politically difficult and she continues to walk free to the present.  Interestingly, her husband has also been convicted of company embezzlement and is also at large. Her appeal to the Court of Appeal is still pending some 4 months since the initial conviction. The Court of Appeal continues to say that it must study the appeal.

3.      Other examples are that a number of high level former soldiers, armed civilians, and the PNTL officers actively engaged in the violence of 2006/2007 have become members of Parliament, senior civil servants, Ministers, and business people.  For some – crime has been good business and highly profitable.

ETLJB would also like to highlight the following further cases of impunity and/or lenient application of the law based on the status of the accused or convicted person:

1.      On 14 May 2011, a Falintil Defence Forces (F-FDTL) soldier beat an elderly woman to death for engaging in witchcraft. The soldier was convicted of murder and was dismissed from the F-FDTL following a disciplinary process. The investigation into the 2010 case of F-FDTL soldiers who beat a civilian to death in Laivai, Lautem, is not known.

2.      The pardoning by Ramos-Horta of those convicted of attempting to kill him in 2008;

3.      The failure of the authorities to charge now President Taur Matan Ruak and other high-ranking military officers over their involvement in the 2006 illegal weapons distribution case (see paragraph 3 of the FM cited cases above). After the 2006 violence ended, the Report of the United Nations Independent Special Commission of Inquiry for Timor-Leste stated:

“The evidence relating to the unlawful movement, possession and use of F-FDTL weapons is described in paragraphs 95 and 96 and demonstrates that those weapons were distributed by and/or with the knowledge and approval of the following persons: Roque Rodrigues, Taur Matan Ruak, Tito da Costa Cristovao, aka Lere Anan Timor, Manuel Freitas, aka Mau Buti, and Domingos Raul, aka Rate Laek Falur. The Commission recommends that these persons be prosecuted for illegal weapons transfer.”

At least 36 people were killed in the 2006 violence. None of the gentlemen referred to in the UN Report were ever prosecuted and, as FM, points out, some have come to occupy significant positions in the state apparatus. For example, Lere Anan Timor replaced Taur Matan Ruak as Commander of the East Timor Defence Force after Taur resigned his commission to run for the presidency to which he was elected.

Rogerio Lobato, former Minister for the Interior under the I Constitutional Government and a relative of Lucia Lobato also enjoying the same familial connections, was pardoned by the then President Jose Ramos Horta after beingsentenced to jail for criminal violations after the armed Rai Los group claimed he was the one responsible for the distribution of weapons to civilians in the 2006 crisis.

5.      In August 2011, members of the National Police of Timor-Leste (PNTL) were accused of beating a woman in their custody in the district of Baucau. The PNTL denied the accusation, but an official investigation opened by the Ministry of Justice continued at year's end.

6.      In 2010 the police detained individuals who were alleged members of the Popular Council for the Defence of the Democratic Republic of Timor-Leste (CPD-RDTL), as part of a larger operation against “ninjas” in the Bobonaro and Covalima Districts. Accusations that some of the detained were beaten were not investigated.

The pardoning of criminals by the President was criticised by the Judicial System Monitoring Program and the issue of presidential pardons and how the president exercises his constitutional prerogative to pardon and give amnesties remains unsettled. In June 2008, prominent citizens presented a petition to the Court of Appeal seeking a declaration that other pardons granted by the President were unconstitutional.

ETLJB has also published a critique of the pardon process as it has been exercised to date and its impact on the rule of law (see further The Rule of Law in East Timor: Death by a Thousand Cuts). Pardons for serious crimes undermine the rule of law because it subverts the judicial process.

Pardons, as well as the impunity (lack of prosecution) for the perpetrators of crimes, also impact on the legitimacy of the state that claims to be democratic but which too frequently acts in violation of the fundamental principles of democracy. It would be an incredulous and profoundly disappointed community that would witness these phenomena and cause them to ask the questions, as Fundasaun Mahein poses:

What do our ancestors think of us? Do they smile with pride, or do they cry with shame? Is this what 200,000 of our fellow citizens died for?