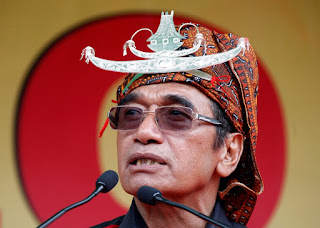 There follows the text of the report:

Universidade Dili (UNDIL)’s Rector, Estavao Da Costa Belo said Timor-Leste was facing crisis of coordination between President of the Republic and Prime Minister which left gaps in the new government.

“As a citizen, I am sad seeing impasse in the country continues extending and it happens because of lack of coordination between the government and President of the Republic,” Belo told STL at his office on Monday (16/07).

He said the top leaders of the coalition party which formed the government should let Prime Minister to weigh up candidates that it presented, so that Prime Minister could negotiate with President of the Republic, otherwise, the deadlock would not end. In addition, civil society organization, Fundasaun Mahein’s Director, Nelson Belo said the extending standoff after fresh election affected Timorese people and the country’s development, therefore, it was important for those in power to sit together and resolve the current political situation.

Epifanio Faculto, a survivor of Santa Cruz Massacre said he was sad with the attitude of Timor-Leste’s leaders which prolonged the impasse because it affected Timorese people’s economy and the country’s development."

In another media report, the following English translation text appears:

Timor-Leste’s Prime Minister (PM), Taur Matan Ruak keeps the list of nominated ministers which refused by President of the Republic, Francisco Guterres Lu-Olo because according to Timor-Leste’s law these people are innocent before court found them guilty.

On June 22, 2018, President of the Republic had refused to inaugurate 11 nominated ministers from the coalition party, Alliance of Change for Progress (AMP) because of corruption investigation.

“Prime Minister’s position is to keep the list that he presented to President of the Republic before inauguration on June 22,” Minister of Legislative Reform and Parliamentary Issues, Fidelis Magalhaes told media after
participating in a plenary session at National Parliament on Monday (16/07).

The AMP members that President Lu-Olo refused to inaugurate on June 22 included:

However, after two weeks of discussion since the government took office, President of the Republic had inaugurated Filomeno Paixao as Minister of Defense on July 10th and last week, Prime Minister Ruak said two candidates namely Gastão Sousa and Marcos Da Cruz had stepped down from their candidacies and they would be replaced by Xanana Gusmão and Rogerio Mendonça. Magalhaes said Taur Matan Ruak could not choose other people to replace these candidates since Dili District Court had said that these candidates’ names did not appear in any case that currently filed in court."

The Facts
For present purposes, the relevant facts are that:
The democratically elected government has put forward the names of Ministers to the President.
The President has refused to inaugurate 10 Ministerial candidates.

The Constitution
This calls for an examination of:

Google translate provides a sufficient English translation. THis translation is taken from the Portuguese text of the Constitution published by government of East Timor.

CHAPTER II
FORMATION AND RESPONSIBILITY
Article 106
(Appointment)
1. The Prime Minister is nominated by the most voted party or by the alliance parties with a parliamentary majority and appointed by the President of the Republic, the political parties represented in the National Parliament.
2. The remaining members of the Government shall be appointed by the President upon the proposal of the Prime Minister.

The words are clear enough in their ordinary meaning.

There is no constitutional jurisprudence to interpret the provisions.

It is my opinion that the President's powers in relation to the appointment of the Executives Ministers do not permit him to refuse the government's candidates.

In doing so, the President has acted unconstitutionally and ought to be called before the Parliament and the Court of Appeal to account accordingly. He has discredited the Office of the President of the Democratic Republic. He has perverted the will of the people expressed by elections.

The President should resign.

In as far as can be in a true democracy, the Chief of the Executive must act on advice from the Prime Minister.

Save for the Reserve Powers, all of the Executive chief's powers are only constitutionally and democratically exercised under the ultimate authority of the mandate of the democratically elected government that is the highest expression of the will of the people, in democratic States.
at Saturday, July 21, 2018