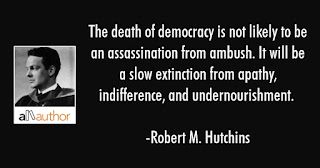 The Prime Minister should approach the Court of Appeal to have this matter determined under the Law, not politics. The President is defying the Legislature. And thereby defying democracy.

What contortions and distortions we bear witness to in East Timor. And yet a deafening silence or grave judgements of error from the defenders of democracy.

Let us begin with some facts.

1. After the 2018 legislative elections, the dominant political entity by far, generally in East Timor and particularly in the Parliament, won, by democratic process and mandate, 34 of the 65 seats in Parliament, without coalition.

2. According to all modern election trends, such a majority is a startling and overwhelming victory and a rejection of the former Fretilin minority government that crashed so spectacularly in those elections. There was no democratic mandate to govern and control the State apparatus. That now belongs exclusively to AMP.

3. The elected Prime Minister has, pursuant to Article 106(2) of the Constitution, put forward nominations of Ministers of State to form the government.

4. The President has assumed that he has the constitutional power to reject the elected Prime Minister's ministerial nominations.

5. Unstable government has resulted. Even to the point where budgets for public health are jeopardised and thereby even the health of the people is of no consequence to the President or his supporters.

6. Certain misguided civil society organisations have inappropriately intervened and interfered in this problem in a most undemocratic manner, expressing views that are neither logical nor framed in terms of the ideas of democracy.

A note on "unconstructive and irresponsible commentary" on the Constitution of East Timor,

On the President's Constitutional Powers on Nominations by Prime Minister of Ministers of State,

Critics of my analyses have not put forward any contrary jurisprudential or constitutional argumentation to refute the conclusions that I have reached; namely, that the President's behaviour is unconstitutional and anti-democratic at the same time.

Putting aside the technical construction of Article 106(2), it is worth reassessing the situation from the perspective of general conceptual principles of democracy.

The primary delusion of democracy is that the people's will is expressed through free and fair elections. We have in East Timor, the people's will clearly manifest in the Parliament, the organ of State for managing and constructing the law of the land.

The Parliament, controlled by a substantial majority, is empowered by the Constitution to govern, pass legislation and appropriate the state treasure for the public and the State's good; and control the apparatus of the State; otherwise, governance is unstable and threats to democracy and the people's well being arise.

We are witnessing all of that in East Timor now.

In the face of an overwhelming electoral victory, how is it consistent with the fundamental tenets of democracy that an officer holding the position of President, who has no legislative power, who has no theoretical right or entitlement under the Constitution to reject the elected Prime Minister's Ministerial nominations, do so without question?

On my reading of the plain and ordinary meaning of the text of the Constitution, no such power or entitlement exists.

And it therefore follows that the thwarting of the democratic process is not a democratic exercise, that the refusal of the President to comply with his constitutional obligation to appoint Ministers nominated by the Prime Minister and the continuing social and political instability that the President's abuse of powers has wrought are all matters of concern, from a democratic perspective.

The inevitable conclusion from a consideration of Article 106(2) Constitution and the principles of democracy compel the conclusion that his actions are unconstitutional and have done violence to those principles.

I am yet to see a justifiable contrary view.

There is of course a political explanation for this bizarre phenomenon but this discussion is above the political dimension, reaching only into theoretical problems and elucidations which I have sought to articulate here and in previous analyses.

The Prime Minister should approach the Court of Appeal to have this matter determined under the Law, not politics. The President is defying the Legislature. And thereby defying democracy.

I have included as footnotes translations of some media reports touching on this present circumstance in East Timor.

Civil society calls for resignation of rejected government nominations Independente, August 2, 2018 - Members of Timor-Leste’s governing party who were refused by President of the Republic because of corruption investigations should step down and make way for new candidates, the Director of human rights group, HAK, has said.

In an interview with the Independente, Manuel Monteiro said the recent action of Xanana Gusmão walking away from the official side of the Alliance of Change for Progress (AMP) coalition government should set an example for the rejected nominated members to follow. Monteiro said Gusmão had shown conflict of interest had no place in the government by stepping away from the Prime Minister Advisor and Strategic Investment Minister positions to focus on ongoing oil and gas negotiations. He said the government must be clean of nepotism and corruption.

Benevides told reporters the ongoing deadlock in the government’s cabinet should not be used as a distraction to put off the evaluation of government members who he said included people with “no ability”.

He said it was unclear when the third round of inauguration to complete the new cabinet would take place as government was preparing the State Budget Proposal to be submitted to National Parliament this week to fund the government’s programs that had been approved by parliament last week.

On June 22 Lu-Olo refused to inaugurate 11 ministers’ nominees from AMP because of corruption investigations, since then, the government has been operating without several key ministers such as Minister of Finance, Minister of Health, Minister of Interior, Minister of Tourism, including several deputy ministers. Meanwhile, Timor-Leste’s civil society organizations and youth representatives have been urging the rejected candidates to resign and make ways for new candidates as the President of AMP Xanana Gusmão himself has stepped down from his candidacy as Prime Minister’s Advisor and Minister of Planning and Strategic Investment  last week.

The Director of human rights group, HAK, Manuel Monteiro said Xanana Gusmão’s action of walking away from the official side of AMP coalition government should set an example for the rejected nominated members to follow.
at Monday, August 06, 2018