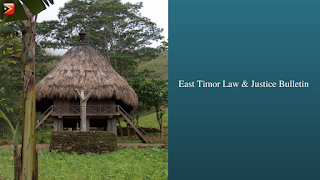 The East Timor Law & Justice Bulletin has now been online, free and open to all, for a whole decade.

Since Google & Facebook statistics have been compiled on ETLJB, the following are the salient statistics:

Related archival material on law and order in East Timor

ETLJB is not funded by any government of political agency. It is independent and voluntary, generates no economic benefit and has no political agenda.