The Geometry of Land in the Law

We can consider land in its physical manifestation and explain its creation, existence and history – the great tectonic plates sitting and moving upon the semi-liquid mantle rocks beneath the crust, the mountains, islands, rocks, sand and soil that form the land mass of the continents, the watercourses and the great ocean.

Geology and Physics explain how the land came to be as well as the formation of the oceans that define the boundaries of the continental land masses generally above sea level.

Biology and the Earth Sciences describe Life on the land and in the seas. There has developed a whole body of international jurisprudence to protect the land - the environment and the degradation of the multitude of complex ecosystems.

Even though our planet's surface is 70% drowned in ocean, we still call it Terra; again emphasising the central notion of the land in human consciousness.

Hardly any societies took to living on the waters permanently, although some did.[0]

2. CONCEPTUALISATION AND ABSTRACT REPRESENTATION OF LAND 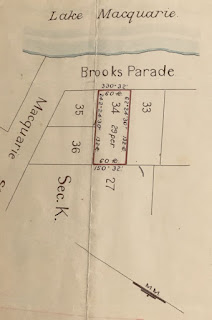 We can consider land as the subject of identification, diagrammatic abstract representation, measurements, dimensions and the creation and imposition onto the landscape of these measurements as fictional abstract boundaries defining a parcel of land that may or may not be evidenced by occupations.

This is the science of surveying. Known and deployed by the ancients to define boundaries for the administration of power, agriculture, urban development and temple and tomb constructions of vast magnitude. It remains the method of identification of land parcels today.

Although there are many much more ancient historical texts, the Domesday Book is of some fame; it being a manuscript record of the Great Survey of England and Wales ordered by King William the Conqueror where he sought to identify the land within the kingdom; how it was occupied, and "by what sort of men". He commissioned agents into each shire instructing them to find out:

"How many hundreds of hides were in the shire, what land the king himself had, and what stock upon the land; or, what dues he ought to have by the year from the shire." [1]

More substantially, land as property is the central consideration of socio-political organisation (liberal democracy), the rights of the individual and the State. Here, we must leave science and turn to the law for a full comprehension of how land became property. This was a process of the law. [2]

The conceptualisation of land as property is found in the land law.

Both the common law and the laws of the Parliament came to so highly regulate land and the relationship of humans to land became so clearly defined and entrenched in almost every single juridical system of societies – civilisations - and the peaceful enjoyment of life on the land, the shores of the oceans and abundant fresh waterways.

Though we have left science for a moment, the law turns to science, namely, Mathematics, to define the physical nature of land in the law.

Here, we are considering the geometry of land. 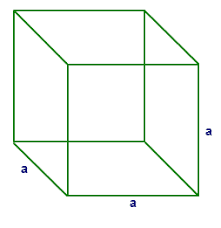 How does the law define land?

The nature of space is the realm of physics but "cubic space" in the law derives from the fundamental definition of land as per the Latin maxim which is essentially a mathematical formula for defining land as space; not as soil, rocks, vegetation, waters, crops or structures erected that become part of the land under another Latin maxim Quicquid plantatur solo, solo cedit; "whatever is affixed to the soil belongs to the soil" or, less literally, that which is attached to the land becomes a part of the land" meaning that that title to a fixture or the trees or the rocks or other valuable natural resources, is a part of the land and passes with title to the land.

Consequently, whoever owns the land will also own the things attached to the land.

The relationship between these two maxims, as expressions of ideas about land, is strong and deserves much more attention but we are only concerned here with the definition of land in the law by reference to geometry to further elucidate the concept of land.

One legislative definition appears in the Real Property Act 1900 (NSW):

"Land - Land, messuages, tenements, and hereditaments corporeal and incorporeal of every kind and description or any estate or interest therein, together with all paths, passages, ways, watercourses, liberties, privileges, easements, plantations, gardens, mines, minerals, quarries, and all trees and timber thereon or thereunder lying or being unless any such are specially excepted"; which does not help us very much in terms of geometry.

5. THE GEOMETRY OF A HORIZONTAL SUBDIVISION OF LAND 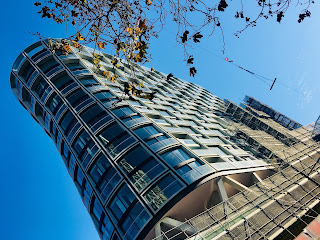 But geometry becomes explicit in the more modern context of horizontal subdivision of land, strictly, the air column above the surface of the land parcel and or the subterranean space resulting from the extraction of soil from beneath the surface. Here, the definition of land as cubic space is critical.

In fact, it is the very foundation of the juridical concept of land under this law.

In the strata law, the term "lot" means one or more cubic spaces shown as a lot on a floor plan relating to the scheme, but does not include any common infrastructure. [3]

Common property, in relation to a strata scheme..., means any part of a parcel that is not comprised in a lot (including any common infrastructure (foundations, supporting walls, the mainframe structure of the building that is not part of an apartment).

The cubic space of an apartment building, for example, is shown on the strata plan of subdivision, by a diagram that shows the boundaries of the inferred defined cubic space. It is those boundaries from which we extrapolate a three dimensional geometric shape, or more properly geometric solid.[4]

6. WHAT YOU OWN IS BUT AIRSPACE; YET STILL LAND

A strata or stratum lot owner effectively owns the airspace, and anything included in the airspace, inside the boundary walls, floor and ceiling of the lot. The airspace may include balconies and courtyards and expressly limited in height by the specification of the Z coordinate in the Cartesian model. 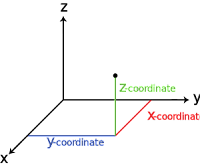 This is why a lot owner could never just drive an object to penetrate the outer skin of the paint or surface to hang a picture on the wall without committing an act of malicious damage to the common property that lies just beyond the layer of atoms that forms the face of the paint or surface of an apartment wall. Recent changes in the strata legislation now permit this without the common group's consent or objection.

But it does demonstrate how what problematical trivialities the definition of land as cubic airspace may present, nothing intractable by further regulation, of course.

A geometric shape is the geometric information which remains when location, scale, orientation and reflection are removed from the description of a geometric object.

Three-dimensional geometric shapes are defined by a set of vertices, lines connecting the vertices, and two-dimensional faces enclosed by those lines, as well as the resulting interior points. Such shapes are called polyhedrons and include tetrahedrons.

"Three-dimensional space is a geometric setting in which three values (called parameters) are required to determine the position of an element (i.e., point). This is the informal meaning of the term dimension.

In physics and mathematics, a sequence of n numbers can be understood as a location in n-dimensional space. When n = 3, the set of all such locations is called three-dimensional Euclidean space. It is commonly represented by the symbol ℝ3. This serves as a three-parameter model of the physical universe that is, the spatial part, without considering time) in which all known matter exists." [3a]

The law does not see the soil, rocks, vegetation, wildlife nor structures. It sees only a bare abstract cubic space.

We next come upon a Latin maxim, foreign words so enjoyed by the jurists as mystifications of the law.

The law does not see the soil, rocks, vegetation, wildlife nor structures. It sees only a bare abstract cubic space.

The English translation is "whoever's is the soil, it is theirs all the way to Heaven and all the way to Hell". Land includes to the space immediately above and below the surface of the ground.

So, for a parcel of land in the shape of a square on the surface, the maxim constitutes the formula for the generation of the geometric solid shape of an inverse pyramid with an infinite vertical basal point line projections extending into interstellar space and with the apex located at the exact centre of the solid metal core of the Earth (see the analogous diagram). 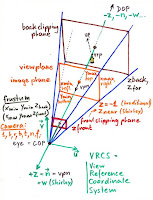 The three dimensional shape will, in the case of a vertical subdivision of the land, be defined by the shape derived from the 2 dimensional shape of the surface of any lot as defined by the surveyed boundaries drawn in accordance with the rules of surveying and mathematics such as trigonometry and analytical geometry and in accordance with the legal narrative of the title.

Versions of the maxim have been traced to the 13th-century Italian jurist Accursius, and dated in common law to the reign of Edward I. It was advanced by William Blackstone in his influential treatise Commentaries on the Laws of England in 1766.

Now modified by other laws that diminish this apparently irrational concept, it remains the starting point for understanding land in law.

It is from this definition of land that we have the object and the source of all else pertaining to the land in terms of the law. 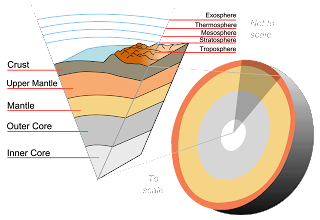 [0] On example is the Bajau Sea Gypsies in the Togean Islands, Sulawesi, Indonesia. 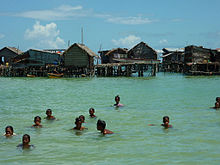