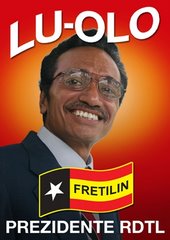 ROCCIPI Perhaps some of my East Timorese friends who were invited to participate by me in the University of San Francisco School of Law Legislative Drafting Initiative with the National Parliament Committees and civil society groups will recall ROCCIPI, a methodology for the identification, explanation and formulation of solutions to social problems through a democratic transformational process.

Through that initiative, we sought to transfer knowledge to Parliamentarians and the CSO's about a method of analysis of social problems known by its acronym, ROCCIPI:

The ROCCIPI factors help us determine the causes of problematical behaviour that generates social problems.

When we turn to the Role Occupants in this social problem, we identify the primary Role Occupant as the President and his problematical behaviour since the Prime Minister Taur Matan Ruak nominated Ministers but which nominations were refused by the President in an unconstitutional manner, (the President, the Prime Minister, the Parliament, the Government, Ministerial candidates are the other role occupants in the social problem). The victims are the people.

When we seek to discover the cause of his problematical behaviour, we see that the only ROCCIPI factor that is relevant in explaining his behaviour is IDEOLOGY. The Rules are clear enough as I have sought to elucidate in previous writings.[1]  Opportunity, Capacity, Communication don't seem to go very far in elucidating this problematical behaviour. Perhaps there is some Process problem or Interest explanation but IDEOLOGY is the most likely explanation.

So let's try to identify what the Ideology is. The most likely candidate is political ideology.

I posit that the scenario is approximately what follows.

The minority FRETILIN government lost all power in the 2018 elections. The AMP secured a solid majority in the Parliament entitling it to govern. The President is politically biased, in favour of Fretilin and against the AMP. This tension between the Alkatiri/Guterres and the Xanana-inspired AMP has been the central axis about which politics in East Timor has revolved ever since the restoration of independence. We have seen that tension leave enormous social dislocations, fear, violence, extrajudicial killings and the bodies of PNTL officers massacred by the F-FDTL soldiers rotting in the tropical sun on the streets of Dili outside the Ministry of Justice, of all places. This occurred on 25 May 2006; the darkest day since liberation.

The President’s behaviour, though unconstitutional, is something much more insidious. Fretilin can not bear the thought of not ruling East Timor, can not understand why they have been rejected by the people after leading the Revolution. Well, the Revolution is over comrades and it is the men and women of the Revolution who have failed to transition the war factions of Fretilin during the great struggle into a stable democratic State based on the rule of law that lies behind the constant tension and repeated instability.

The Fretilin President is doing all he can to hinder and obstruct the AMP and deny the Prime Minister his democratic mandate because of politics.