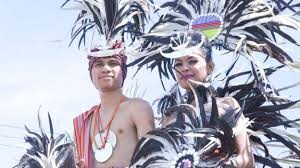 ETLJB Source: Local Elections Conducted Successfully Minister of State and of the Presidency of the Council of Ministers and Official Spokesperson for the Government of Timor-Leste

The Government congratulates the Ministry of State Administration, the National Election Commission [CNE], the Technical Secretariat for Electoral Administration [STAE], and all agencies and institutions involved in the successful running of the Elections for Suco Bodies conducted on the 29th of October. The elections took place in an orderly and peaceful way across Timor-Leste’s 12 municipalities and the Special Zone of Oé-Cusse Ambeno, involving each of the nation’s 442 Sucos and 2,225 Aldeias [villages].

Voters in each Aldeia elected a female and male delegate to represent their Aldeia in the local Suco Council, their Aldeia Chief and the Suco Chief.

With 728,363 voters registered nationally and 2,071 candidates presenting for Suco Chief, conducting the election was a considerable achievement enabled by the energy, cooperation and good will of organizers, authorities and communities. The Government conducted a wide-ranging public information campaign prior to the elections to alert citizens to the process and explain the Suco Law that regulated the election. The law, promulgated in July, encourages the participation of women in community leadership roles, including as applicants for the role of Aldeia Chief and Suco Chief.

Provisional results are showing that about 30% the nation’s 442 Suco Chiefs were elected in the first round of voting on the 29th of October. These are the candidates who received more than 50% of the vote in their respective Sucos. A second round of voting will be undertaken in the remaining Sucos on the 13th of November when voters will determine their Suco Chief by choosing between the two candidates that received the most votes in the first round. Results for those elected in the first round are indicating that the percentage of female Suco Chiefs has more than doubled.

Government Spokesperson, Minister of State Agio Pereira noted that “the orderly and organized way in which the Election for Suco Bodies has been conducted is a credit to all and a good example ahead of the Presidential and Parliamentary elections scheduled for next year. The Government congratulates all elected to positions of responsibility and recognizes their commitment to lead, develop and support local communities.”ENDS
at Thursday, November 10, 2016