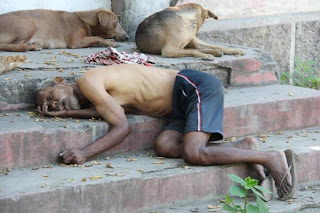 Recent reports by the World Bank and the International Monetary Fund, along with analysis contained within the Draft 2017 State Budget Overview, have identified positive trends in Timor-Leste’s short-term economic outlook. Low inflation, the positive impact of infrastructure development and benefits beginning to flow from the Government’s reform efforts are cited as contributing factors.

The World Bank’s East Asia and Pacific Economic Update published on the 4th of October 2016 observes “Timor-Leste is facing an outlook starkly different to its recent past. Previously one of the most oil-dependent countries in the world, it could become a post-oil country in as little as five years’ time”. While emphasizing the importance of developing the domestic economy and supporting economic diversification, the report notes that the Government’s “reform efforts are beginning to show results, with a pipeline of Foreign Direct Investment emerging” and says “In 2016 and 2017, domestic growth is expected to continue in a similar range as the last two years, with growth forecast at 5.0 and 5.5 percent, respectively.”

The International Monetary Fund’s Press Release IMF Concludes Staff Visit to Timor-Leste of the 7th of November 2016 said that “Economic “activity in Timor-Leste is expanding at a satisfactory pace, and is likely to maintain the momentum into next year” and goes on to say that “the near-term outlook remains generally favorable with a continuing non-oil growth recovery accompanied by low inflation.” The team lead by the IMF’s Ms. Yu Ching Wong also said that financial soundness indicators had improved within the banking system and welcomed “the steady progress in implementing the Financial Sector Master Plan aimed at raising financial inclusion and safeguarding financial stability.”

The Government’s Program recognizes that “it is urgent we diversify our economy” which is why it focuses on “expanding and modernizing the agriculture sector, building a thriving tourism sector, encouraging much higher levels of private sector activity and activating industries, including the growth and expansion of small and micro businesses.” It is also why the Government is working to improve economic infrastructure and to address industry, financing and trade constraints.

The draft 2017 State Budget Overview analyses Timor-Leste’s economic performance over recent years and quotes final figures from 2014 which show that the non-petroleum sector accounted for 39% of Timor-Leste’s real Gross Domestic Product [GDP] and that real non-oil GDP grew by 5.9%. It says there was an increase in household consumption of 9.8% and private sector investment growth of 17.3%. The Overview also highlights the improvement of domestic revenue receipts from tax revenues, fees and charges, interest and revenues from autonomous agencies. Domestic revenues are forecast to increase by 4.3% in 2017 due to improvements in Government Services and collection.

Government Spokesperson, Minister of State Agio Pereira noted that “the Government welcomes the report of the World Bank and the Press Release of the IMF team which present a favorable short-term economic outlook for Timor-Leste and recognize the positive results of Government policy. It continues to be a top priority of Government to do all it can to encourage conditions for private sector growth and economic diversification through the provision of basic economic infrastructure, the removal of constraints and the implementation of reforms that are supporting enhanced economic activity.”ENDS