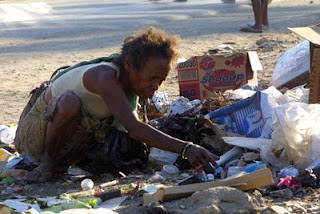 Meeting of the Council of Ministers of February 23rd, 2016

1. Government Resolution authorising the National Printing House to produce and sell to the private and public sectors

The National Printing House has recently modernised and reorganized its equipment and human resources, to be prepared to produce quality printed materials with speed, reliability and confidentiality, for both the public sector, until now its main client, and the private sector.

The authorisation to produce and sell to the private and public sectors comes within the framework of the Strategic Plan for the Restructuring and Modernisation of the National Printing House, approved by the Fifth Constitutional Government, in 2013, which provides for its gradual transformation into a modern and self-sustainable business, tailored to meet all the graphic design and print production needs of the State.

This amendment repeals the provisions under Decree-Law no. 20/2003, of November 13th, governing the import and export of currency as this matter is the subject of Law no. 17/2011, of December 28th (Money Laundering Law) where it is more comprehensively addressed.

3. Second amendment to Decree-Law no. 19/2010, of December 1st, on the General Labour Inspectorate Statutes

The restructuring of the services of the labour inspectorate aims to improve its functions and to extend inspection activites throughout the country.

This measure is essential due to the impact that business, investment and economic growth is having on the labour market, which is growing and becoming increasingly demanding. Thus it is essential to ensure that the rights and obligations provided for in Labour Law and in other regulations are respected, and therefore the level of service provided to the community by the General Labour Inspectorate increases, with more efficiency and effectiveness being demanded of its compliance with labour laws monitoring activity.

In the last two years, the General Labour Inspectorate has inspected over 2,400 work places, covering a total of 31,565 employees, and made joint inter-ministerial operations to more than 146 locations, having applied sanctions to infringements committed by more than 1,284 employers.

4. Government Resolution on the Independent Scientific National Commission for the History of the National Liberation Struggle

The creation of the Independent Scientific National Commission for the History of the National Liberation Struggle was provided for in the Statutes of the National Liberation Combatants, with the mission to write the recent history of the Timorese Resistance against foreign occupation. The Commission will have a coordinating team and a technical team, constituted by historians and writers.

This diploma defines the norms that regulate the creation of this Commission, which will have a two-year term.


The Council of Ministers also reviewed:

The Secretary of State of the Council of Ministers made an assessment of the current situation regarding legislative initiatives that are awaiting the Government’s ministerial appreciation in the next four months. This legislative calendar organizes the work of projects sent to the Council of Ministers, to improve the effectiveness and efficiency of its assessment and decision-making.

2. Report on the impact of the El Niño phenomenon in Timor-Leste

The Ministry of the Interior updated Government on the impacts caused by the climatic phenomenon known as El Niño and the measures which are being developed, following a presentation on the meeting of the Council of Ministers of January 12th, 2015.

The Response Plan defines the priority areas for emergency support in matters of food security throughout the country, in the period from March to August 2016, taking into account the weather forecasts and the data on the agricultural production, with particular attention to the areas of subsistence agriculture.

The Minister of Public Works, Transport and Communications, accompanied by the National Procurement Commission, submitted to the Council of Ministers several projects for the construction of basic infrastructure, including the new bridge of Bidau-Sant'Ana. The current status of the construction, advisory services and supervision of several sections of road, namely Manatuto-Natarbora, Tíbar-Liquiçá and Tíbar-Gleno, were also analysed.