Presidency of the CPLP is transferred from Timor-Leste to Brazil 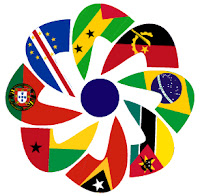 ETLJB 10 November 2016 Source: Minister of State and of the Presidency of the Council of Ministers and Official Spokesperson for the Government of Timor-Leste

Presidency of the CPLP is transferred from Timor-Leste to Brazil

The rotating Presidency of the Community of Portuguese Language Countries [CPLP] has been officially transferred from Timor-Leste to Brazil during a ceremony at the 11th Conference of Heads of States and Government held in Brasilia, Brazil, on the 31st of October 2016. At the Conference the State of Timor-Leste was represented by the President of the Republic, H.E. Taur Matan Ruak, who was welcomed by the President of Brazil, H.E. Michel Temer, and met with the leaders [or their representatives] of Angola, Cape Verde, Equatorial Guinea, Guinea Bissau, Mozambique, Portugal and São Tomé and Príncipe, and with UN Secretary-General Elect, H.E. António Guterres.

Prior to the 11th Conference of Heads of States and Government the 21st Meeting of the CPLP Council of Ministers took place where the Government of Timor-Leste was represented by the Minister of Foreign Affairs and Cooperation, H.E. Hernâni Coelho. In this meeting the Minister presented Timor-Leste’s Presidency Report to his fellow CPLP Ministers of Government.

Timor-Leste assumed the Presidency of the CPLP on the 23rd of July 2014 during the 10th Conference of Heads of States and Government held in Dili and in the following two years and three months led the group under the theme “The CPLP and Globalization” with a focus on economic and entrepreneurial cooperation, the promotion of partnerships and the transfer of technology and know how. The Presidency was seen as an opportunity to not only strengthen the relationships between the nine member nations but also as a way to introduce the community, which represents over 250 million people, to the economies and entrepreneurial possibilities within the dynamic Asia Pacific region in the era of the “Asian Century”.

Many meetings took place during the Presidency that enriched cooperation between the Member States in areas including health, education, science, technology, defense, agriculture, sports and culture. In keeping with Timor-Leste’s focus, a highlight of the Presidency was the groundbreaking CPLP Global Economic Forum held in Dili in February 2016, which attracted business delegations from over 20 countries and encouraged increased economic engagement between fellow CPLP members and the countries of the region.

This year the CPLP celebrates its 20-year anniversary and during the meetings undertaken in Brazil the Community finalized a New Strategic Vision for the next ten years to 2026. Timor-Leste, as it continues its active participation in the Community will build on new and strengthened relationships that have developed substantially over the years of its Presidency.

Government Spokesperson, Minister of State Agio Pereira noted “Timor-Leste can be proud of its efforts as President of the CPLP, a role which was both a great honor and responsibility. The hard work, commitment and energy given to the Presidency raised our profile, enhanced our international relationships and led the Community into new areas of opportunity. As our Presidency ends we can be confident that we are leaving a valuable legacy that will benefit Timor-Leste and the CPLP for years to come.”ENDS
at Thursday, November 10, 2016