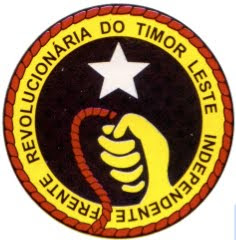 But on August 25 2010 Mr Gusmao's Council of Ministers rebuked Mr Carrascalao, stripped him of his powers over all government procurement and handed the powers to line ministries.


"This is the fourth time the Gusmao administration has changed the legal mechanism for undertaking government procurement - another example of its incompetence and maladministration," Dr Alkatiri said.


On the same day Mr Gusmao described Mr Carrascalao as "a stupid person" who had "made a lot of money from the spilling of (Timorese) blood" during the Indonesian occupation of East Timor (Link: http://temposemanaltimor.blogspot.com/2010/09/xananas-calling-mario-carrascalao.html).


Dr Alkatiri said as the head of the AMP de facto government Mr Gusmao must take responsibility for the repeated policy and administrative failures and widespread corruption in his administration instead of looking to blame others.

"However, Mr. Carrascalao is not blameless. He was very naive to accept such a task in such circumstances. There has been no political will shown by the de facto government to fight corruption. He clearly did not appreciate that strengthening the state’s procurement agency is an essential element to effectively fight corruption. From the outset his endeavors were were weakened by resistance from colleagues determined to stop his attempts to reform procurement, and his investigations into corruption, misconduct and maladministration.

"We do not doubt Mr Carrascalao's good intentions but we warned him publicly that Mr Gusmao was setting a trap for him and that he would be made the scapegoat one day. Most all he should have realized that accepting the task of executing USD$180 million in capital development expenditure with such demonstrable lack of procurement and financial management capacity, as well as lack of commitment to transparency in public finance management could only have placed him in the position he is now in," Dr Alkatiri said.

"Mr Carrascalao's treatment shows that incompetent and crooked ministers will be allowed to stay at their posts long after Mr Gumsao should have got rid of them.

"This incident shows the rot has clearly set in, and there is a crisis of trust between ministers and leaders of the various factions of the de facto government.

"Mr Gusmao cannot escape responsibility because it was he who created this disparate and divided coalition of people who do not have a common vision, who have no record of civic duty, who see high office as an opportunity for personal financial gain, and including people who were not nationalists but stood against Timorese nationalism."