Serious Crimes and Amnesty in Timor-Leste 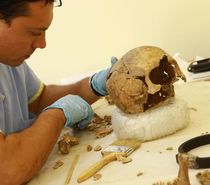 In the context of providing a foundation for the establishment of legal certainty based on the rule of law principles in accordance with Article 1 paragraph (1) of the Constitution of the Democratic Republic of Timor-Leste (RDTL) March 22, 2002, the establishment of a Law regarding Amnesty and Serious Crimes should be immediately realized.

The establishment of a national Law regarding Amnesty and Serious Crimes is a need that must be implemented quickly. The establishment of a Law on Amnesty and Serious Crimes is aimed at removing legal dualism between the UNTAET law on the one hand and the RDTL law on the other hand. It is intended to avoid legal conflict that may hamper legal enforcement and the realization of legal certainty.

Therefore, it is expected that truth and justice can be enforced. On that basis, the perpetrators of Serious Crimes should be taken to court to account for their actions, which constituted crimes against humanity or genocide.

A former President of the Republic of Indonesia announced the options of independence or special autonomy to the East Timorese people on January 27, 1999. But it did not turn out as good as it was expected, because rapes, burning of people’s houses, public places and facilities, and genocide by military officers became uncontrollable. Based on those crimes, the Indonesian National Commission on Human Rights (KOMNAS HAM) recommended trials for those Serious Crimes.

The recommendation includes ten cases of Serious Crimes as follows:

Based on the conversations with a number of public figures and youth and the opinions of the Workshop participants (Research by Civil Society for the Policy Development in Dili, May 6-12, 2003), concerning the settlement of Serious Crimes and Amnesty in Timor-Leste, the following three views were put forward:

First    :    The desire that the perpetrators of Serious Crimes be taken to court. The reason is that their actions are inhumane and cruel so they must be put on trial as retribution.

Second    :    The desire that the perpetrators of Serious Crimes be taken to court, but then given Amnesty. The reason is to maintain national harmony and the unity of the Timor-Leste people.

Third    :    This view prefers the peaceful settlement of Serious Crimes through national reconciliation based on the “win-win solution” principle.  This way, the national unity principles can be realised, because the whole community wants the controversy ended peacefully.