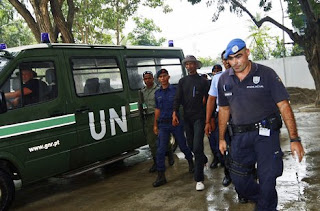 President Horta made the comments in relation to the State Security Council Meeting to decide the process of handing over responsibility for security from the UN Police to PNTL.

"During the meeting we discussed the process of handing over responsibility for security from the UN to PNTL in the next two or three months. They will hand it over to the Dili District Police. This is what we discussed in the meeting in order to look forward to strengthening and promoting peace in 2011," Horta said.

President Horta said that many foreigners who are investing in the country have not brought positive things to Timor-Leste such as those running bars that have the potential to create conflicts.
at Tuesday, February 01, 2011