East Timor Legal News 08 September 2012 - The peak land rights advocacy civil society organisation in East Timor, Rede ba Rai* (Land Network), has sought to draw the attention of the United States Secretary of State, Mrs. Hilary Clinton, to the issue of land rights in the country and has made strong criticisms of the land law program that has been funded by USAID.

In a press release on 4 September 2012, during a an official visit by Mrs. Clinton to East Timor, Rede ba Rai asked that the United States government to guarantee that  "the US Government will not abandon the Timorese people who have already been involved in land registration in Timor-Leste through the SPRTL program (Strengthening Property Rights in Timor-Leste) and the INR (Ita Nia Rai) project."

In 2008 the Government of America started the SPRTL program in Timor-Leste to strengthen property rights, reduce conflict and promote economic development but it was closed last month (August 2012) even though the program's objectives had not been achieved.

According to Rede ba Rai, the program had several serious deficiencies.

Firstly, the drafting of the land law that was subsequently rejected by the then President Jose Ramos Horta and remitted back to the Parliament for review, was undemocratic because there was no effective consultation with the community and was drafted in accordance with the demands of the political elite, many of whose large land holdings were lost during the Indonesian occupation. There is still no land law and no Land Commission. Nor has there been adequate consideration of the core issues. This occurred despite the program references important principles such as transparency, community participation and independence from political influences. 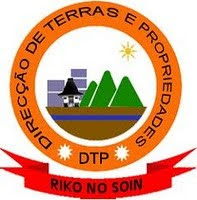 Furthermore, much of the data which the project handed over to National Directorate of Land and Property is flawed and incomplete. In January 2011 USAID’s audit report said that 39% of the land claims collected were inaccurate. In December 2011 an internal verification team said that 50% of the Dili claims were incomplete. As at 20 February 2012, 54892 land claims had been registered with the Ita Nia Rai program.

The program also failed to resolve disputes that arose out of the flawed land registration process. According to Rede ba Rai, the mediation processes were deeply dysfunctional and under resourced. Rede ba Rai conducted a survey earlier this year which found that, in 5 years, only 4 cases accessed mediation. Less than 4% of disputes have been resolved. In March 2012, 1900 (of a total 2638 claims that were eligible for mediation) had not been contacted by mediation teams and/or offered access to mediation.

Land disputes continue to be a leading cause of violence in East Timor.

In addition, the program did not take account of the political economy of Timor-Leste. It did not manage to promote meaningful dialogue about land issues. Timor-Leste still has no land policy. Despite the fact that the USAID program is the biggest program in Timor-Leste’s land sector, it did nothing to prevent the illegal forced evictions that have been happening since 2003 when the Law No 1 of 2003 on Immovable Properties was passed by the Fretilin-controlled parliament at the instigation of the government. There have been many evictions carried out by the government under this law.**

If land right holders are not issued with certificates of title following a proper land right registration process, then the Government and private capital will be much more easily able to perpetrate land injustices; particularly against vulnerable, disempowered groups and individuals and that will weaken, not strengthen, land rights in East Timor. The consequent social problems will be exacerbated as USAID is also reducing funding to the legal sector and that will further limit the people who's land will be taken unjustly to seek access to the courts to have their rights upheld.

In view of all of the foregoing, Rede ba Rai has made several recommendations, as follows:

1. That the Unites States government, through its international aid agency, USAID, will continue to funding including  the necessary technical expertise and collaborate with the Government of Timor-Leste to correct the mistakes and inaccuracies that have occurred in the land registration program as well as conduct an urgent social impact assessment of the land registration process;

2. That the US government will provide long-term support to the Government and people to guarantee just and sustainable access and rights to land;

3. That the vision and objectives of USAID land projects be adapted to the complexities of land issues in Timor-Leste and not based solely on the narrow vision of economic development but on principles of social justice and the socio-cultural context of Timor-Leste;

4. That future USAID work in the land sector will be more democratic and that USAID will not be involved in legislative drafting which is not based on popular consultation with the Timorese people.
-----
Notes:

*Rede ba Rai is a coalition of 20 national and international NGO’s working on promoting access and rights to land that are just and sustainable for all Timorese people. To receive more information about Rede ba Rai and/or this press statement please contact National Co-ordinator Santina A. Fernandes at +67077922648 and/or email us at redebarai@gmail.com.

There are many more reports of evictions and land disputes recorded on both the East Timor Law and Justice Bulletin and the East Timor Land Studies web site. Please use the ETLJB Google custom search engine to read more.
at Saturday, September 08, 2012

"There is still no land law and no Land Commission. Nor has there been adequate consideration of the core issues."

Why should USAID, or any other international donor agency, support the very important of land law - when successive East Timorese governments have since 2002 proven their lack of commitment to dealing with this issue?

For more than 40 years land disputes have been a major source of tension in East Timor.

When the next crisis happens in East Timor, long-standing land disputes will fuel the flames of conflict, as occurred in 2006. The nation of Timor-Leste may not survive another such crisis, but the Government will probably remains more concerned about buying new Toyota Prado cars for parliamentarians.

USAID should save the money of American taxpayers until the Gusmao government proves a REAL commitment to land law reform; not just more Gusmao 'talk-talk'.