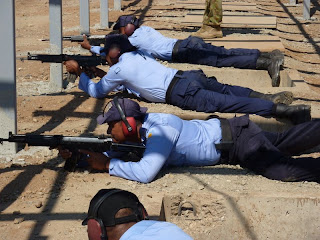 Belo stressed that it was important for the victim to make a claim to him [Belo], so that they could process the case legally and said the attacker should be sanctioned based on the existing law.

“I think the National Police never beat anyone without reason and probably there were some certain officers who engaged in assaulting the journalist. It is important for the victim to report this case to the commander so that we can hold a thorough investigation into it,” Belo said.

He added, “Many people have always accused the Task Force of engaging in assaulting people but at this time many civilians are also wearing the Task Force uniform; therefore we need to identify whether the one who maltreated the Journalist is a task force officer or not.”