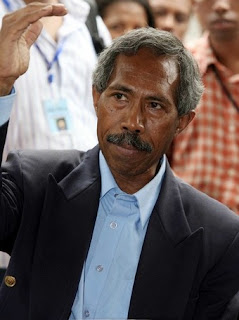 Suara Timor Loro Sa’e, June 2, 2010 language source: Tetun - The National Parliament has officially launched the proposed law no 37/II on the general additional state budget for 2010 worth $837.981 to the Special Committee C to look at it and give comment before coming to a plenary debate.

MP Manuel Tilman who is also the president of the Committee C said such an amount was divided into five categories. US$99.99 Million allocated for salaries, US$268.78 million for goods and services, $491 million for minor capital workds and capital development is allocatedUS$ 184.632 million.

From such amount the Government would withdraw the country’s petroleum funds worth US $801 million, while the rest of the amount would be taken from the domestic revenue.