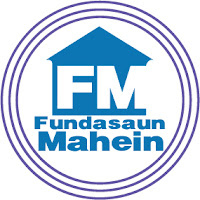 East Timor Legal News 21/06/2012 Source: Fundasaun Mahein, 21 June 2012 Press Release - FM’s Voice Number 35 (English Version.pdf) is deeply discuss about the issue of language in Timor-Leste remains a thorny one. 10 years have now passed since the restoration of our Independence, yet Portuguese, one of this country’s official languages set by the constitution, is still only spoken by a very small minority of people, most notably the country’s elite. However, TVTL and the government choose to disclose information and advertisements in Portuguese.

Despite also gaining the status of official language in Timor-Leste, the previous two governments in 10 years, have failed in translating all legislation into Tetun, which is the most widely spoken language in this country. Most legislation is drafted in Portuguese, which consequently translates into less involvement and input by Timorese in the legislative process. This renders its implementation harder and has a potentially high impact onto the lives of people in Timor-Leste.

This report also highlighted that the Portuguese speaking elite in this country have a strangle hold on the running of affairs in Timor-Leste and have forced all government workers and civil servants to operate and handle documents in Portuguese. This explains to a certain degree the difficulties faced by many in the public sector to conduct their work effectively. Working in a language one is not fluent in, when attempting to develop a country is not ideal. Many public servants spend a large chunk of their time taking Portuguese lessons, especially in the judicial sector.

We live in a country where very often, Government officials diffuse information to the public in Portuguese without a clear understanding of what they are reading. Moreover, draft legislation in Portuguese is debated and ‘scrutinized’ by parliamentarians who do not understand the language. As well as limited scrutiny, enforcing solely Portuguese in state matters, results in the public being restricted in its ability to provide feedback. Despite this, Portuguese continues to be solely applied.

Additionally, the elite’s insistence on using Portuguese limits people’s ability to contribute to political and civil life. People and most notably this country’s youth find it hard to form opinions and contribute, which results in a growing sense of frustration. With already high rates of unemployment, this frustration is made worse, when many job vacancies request fluency in Portuguese.

This is also a great problem within our security forces. Many within the PNTL and F-FDTL do not understand their organic laws and other relevant legislation and this causes quite some trouble when it comes to their implementation. This also leads to the greater risk of officers committing crimes.

Within the general population and civil society, additional problems will result by the insistence on Portuguese. The recent land laws for example drafted in Portuguese may cause some problems, as many will not have access to them or will have no idea on their existence. The language issue also results in less scrutiny by the media, civil society, student unions and other organizations.

Furthermore, it can be argued that the Lusophone minority violates the constitution by often referring to Bahasa Indonesia (one of two working languages along with English recognized by the constitution) as Malay language and by not attempting to develop Tetun further.

In this election, unfortunately not many people have highlighted this issue, which Fundasaun Mahein (FM) believes, has a great effect on people’s lives. FM recommends the upcoming government to undertake the official translation of all legislation into Tetun, and implement a whole government system whereby legislation is automatically officially translated.

FM also recommends that the next government undertake the development of Tetun with the aid of Timorese linguists. This project would be closely monitored by the National Parliament and would report to the President of the Republic. The standardization of Tetun into a modern language would be a priority and FM would welcome the opening of Departments of Tetun across the various universities in Timor-Leste. The government could implement a ‘Tetunisation’ campaign around the country and this could start by signs being posted in Tetun. Lastly, FM would welcome a requirement set to all international agencies operating in Timor-Leste that all their published documents be translated into Tetun.

Finally, so that FM is not seen as being hostile to Portuguese, we recommend that if the government is serious on promoting the teaching of Portuguese to the general population, then it must provide greater resources to our schools as currently our teachers do not even have the sufficient amount of textbooks required to teach. At FM, we simply believe that Tetun should be treated as an equal to Portuguese. The constitution clearly states two official languages and we hope that our politicians would respect this. Is it too much to ask that our government operate in a language understood by most?