Number of people infected with HIV/AIDS increasing in Timor-Leste 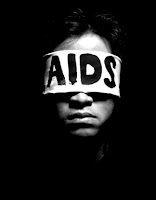 East Timor Legal News Source: Suara Timor Lorosae September 22, 2011 language source: Tetun - The National Director of the Health Ministry Agapito da Silva said the numbers of people who have been infected by the HIV/AIDS virus are increasing in the country.

Da Silva made the statements as the data showed that .051% of women and .048% of men in the country have been infected by this disease.

"We see that the percentage of HIV/AIDS is significantly increasing and it is not only women but also men who have been infected by the virus," da Silva said.

Director for Bairro Pite Clinic Daniel Murphy also said there are many Timorese people have been infected by HIV/AIDS virus and that is not only caused by sexual intercourse through prostitution activity, but also homosexuality in the prisons.

"HIV/AIDS number is also increasing in the prison as the prisoners have homosexual sex and this is caused by those who have been infected by the virus," Murphy said.
-----
ETLJB Editor's Note: Of course, as informed people know, homosexuality and homosexual sex are not the cause of HIV-AIDS nor the spread of HIV-AIDS.

Rather, it is the virus itself that causes the illness and it is the catastrophic failures in pubilc health policy, religious doctrines (and in East Timor, the immoral teachings of the Catholic Church - which is itself in a global moral quagmire over sexual abuse and conspiracy to pervert the course of the secular law), homophobia and the lack of anti-discrimination and anti-homosexual-vilification laws that lead to the spread of the virus.

Condoms are not readily available in the country because the Church instructs its followers that it is morally wrong to use them, there is a high level of homophobia and ignorance about the illness even amongst the intelligentsia, and a complete lack of legal protections for homosexual men and women. It's no wonder that the rate of infections is rising.

Krisna Gordon said...
This comment has been removed by a blog administrator.
26 November, 2011