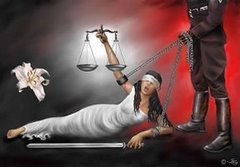 Radio Timor-Leste, 11 November 2010 Timor-Leste has difficulty to implement sustainable peace because most people are more concerned with individual and political parties' interests than national interest.

That is one factor found by the research of the Centre of Studies for Peace and Development (CEPAD) through a two-year study conducted from 2007 to 2009.

CEPAD Executive Director Joao Boavida claimed that the justice system and the culture of impunity is one obstacle to sustainable peace in this country.

CEPAD's research found four main causes that inhibit sustainable peace in the country, which include collusion, corruption and nepotism.

Boavida added that another inhibiting factor is the history of the struggle and occupation of  Timor-Leste which has contributed to the creation of certain groups.

Boavida stated that CEPAD formed a team to perform the research which will focus on how to bring everyone to realise the importance of national interests rather than the interests of individuals and political parties.

The research group is made up of a thirty-member team, which will consult with all stakeholders including the community and state leaders to find solutions together.