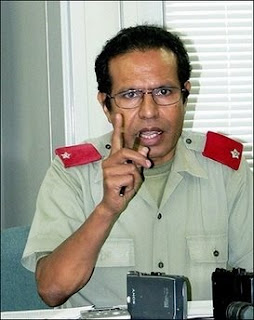 Televizaun Timor-Leste, November 10, 2010 language source: Tetun - The Timorese Defence Force (F-FDTL) Commander, Major General Taur Matan Rua, has confirmed that the recent criminal assault case, involving some of his soldiers in Laivai, in the eastern district of Lautem is now in the court for legal proceedings.

“The case is now in the court and therefore we should wait for legal process and observe3 how it will be going on,” General Ruak said.

General Ruak added that another case that occurred in Likisa which also involved one of his soldier is being processed, adding that the F-FDTL Commando will not tolerate soliders who have engaged in acts of crime.
at Thursday, November 11, 2010