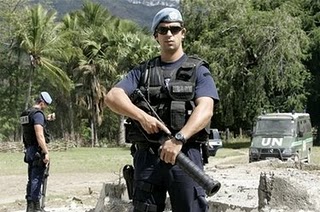 The commander made the comments after welcoming the Portuguese Defence Force commander at the F-FDTL’s head quarter in Tasitolu.

During a meeting, the two commanders made an assessment of the cooperation in the field of basic training provided to the F-FDTL soldiers and officials, advanced training, including academic training in Portugal.

Making an assessment of the ongoing cooperation and how to strengthen it in future,” Ruak said.

The Portuguese Defence Force Commander, Jose Luis Pinto Ramailho, said it was good to strengthen cooperation with Timor-Leste, especially in the field of defence.
at Thursday, November 11, 2010