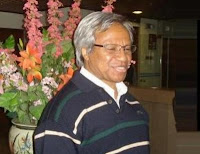 DILI 29 March 2009 East Timor Law Journal - This article, which is only available in Tetum, is an analysis of whether defamation is a criminal offence or not in East Timor; principally, whether the executive order enacted by the United Nations Transitional Administration in East Timor (1999 - 2002) is legally enforceable or not.

It discusses whether that executive order has the same force as an Act of Parliament and analyses the decision of Chief Justice Claudio Ximenes which stated that that executive order does not have the same force as a law so that the provisions of the Indonesian criminal code still apply to the question of the criminalisation of defamation in East Timor.

The author seeks to explain that the decision of the Chief Justice on the UNTAET executive order which decriminalised defamation is erroneous and defamation can not be prosecuted as a criminal offence. The Court of Appeals has declared a mistaken jurisprudence on the issue.

Click here to go to East Timor Law Journal to read the full article in Tetum.

If anyone can translate this article into English, Indonesian or Portuguese, contact us at wwright1961@gmail.com