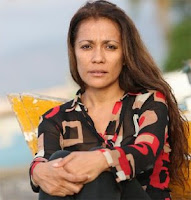 East Timorese prosecutors charge 28 people over 2008 'coup attempt' By Patrick O’Connor 19 March 2009 - http://www.wsws.org/articles/2009/mar2009/pire-m19.shtml - Dual Australian-East Timorese citizen Angelita Pires and 27 others were formally indicted on February 27 on charges relating to the alleged assassination attempts on President Jose Ramos-Horta and Prime Minister Xanana Gusmao last year. Pires is accused of urging her partner Alfredo Reinado, who was killed by Ramos-Horta's guards in the February 11 clash, to launch a coup.

Pires faces 19 counts of attempted murder and conspiring to kill the president. The other accused are all ex-soldiers who were aligned with Reinado. Among them is Gastao Salshinha, who led the group which allegedly shot at Gusmao's vehicle. The 27 men have been indicted on various counts, including carrying weapons in public, attempted homicide, and conspiracy to murder.

Despite overwhelming evidence to the contrary, the prosecution case is based on the official line promoted by the Timorese government and Australian media immediately after February 11: that Reinado was attempting to seize control of the country.

Pires is accused of telling Reinado to "Go and kill those two dogs," referring to Ramos-Horta and Gusmao. Unnamed witnesses are cited in the prosecution's documents claiming that Pires told Reinado that the killings could be justified to the world as a coup. She also allegedly told him she would put a bottle of vodka over his grave if he were to die and gave him a drugged cigarette that made the former major and his men "fearless".

Pires insists, however, that on the night of February 10-11, Reinado told her that he and his men had an appointment to meet with President Ramos-Horta in Dili. In an interview with Portugal's Lusa News last month she stated that Reinado went to Ramos-Horta's residence "not to eliminate anyone but to be eliminated" and that "the president was a victim of the same conspiracy". She added: "[Reinado] was used to serve those interested in dismantling the [former] Fretilin government. Then he was betrayed... I am convinced that February 11 [2008] was a consequence of 2006."

After the February 11 events, the World Socialist Web Site raised from the outset the possibility that Reinado had been set up for assassination. In 2006, the former major in the Timorese military joined a mutiny of a section of the army known as the "petitioners". He played a key role in the unrest that Canberra seized on as the pretext for a military intervention that ultimately brought down the Fretilin government of Prime Minister Mari Alkatiri.

By 2008, however, Reinado's previously close relationship with Gusmao had soured. In January, Reinado issued a widely circulated DVD accusing the prime minister of instigating the petitioners' movement. At the same time Ramos-Horta met with Reinado in his jungle hide-out to try to defuse the standoff between the government and the petitioners. Ramos-Horta negotiated a deal that would have seen the ex-soldier and his men issued with presidential pardons for the outstanding murder charges relating to their activities in 2006.

What possible motive could Reinado have had therefore to assassinate or overthrow the president who was working to keep him out of prison? Timorese prosecutors have made no attempt to resolve this basic contradiction.

A serious investigation into the February 11 events would begin with the question Cui bono?—who benefits? An inquiry along these lines would immediately look at the roles of Prime Minister Gusmao and the Australian government. Gusmao had many reasons to welcome Reinado's death. In the first instance, there would no longer be any risk of the ex-soldier making good his threat to fully disclose Gusmao's behind-the-scenes role in destabilising the Fretilin administration during the 2006 crisis.

Reinado's elimination also allowed Gusmao to shore up his unstable coalition government. In early 2008, at the same time as Ramos-Horta was finalising amnesty arrangements for Reinado, the president had publicly declared his lack of confidence in the government and his belief that it ought to be dissolved in order to hold new elections. The events of February 11, 2008, however, halted all discussion of fresh elections; Gusmao declared a "state of siege" and claimed sweeping authoritarian powers.

Canberra similarly had much to gain from Reinado's death. The Australian government expended significant resources—including the deployment of nearly 1,000 troops—in a regime change operation targeting the Fretilin government in 2006. Alkatiri was regarded as being too closely aligned with rival powers, including China and Portugal, and had also forced unwelcome concessions during bilateral negotiations on the division of the Timor Sea's lucrative oil and gas resources. Australian officials would no doubt have viewed with alarm Ramos-Horta's moves in early 2008 to call new elections which would have potentially seen Fretilin return to power. In 2006 Reinado enjoyed a close relationship with Australian military and other officials, and was promoted in the Australian press for his role in helping oust Alkatiri. But by 2008 the ex-soldier had outlived his usefulness as far as Canberra was concerned and was regarded as something of a loose cannon.

Court documents tendered by Prosecutor-General Longuinhos Monteiro are littered with contradictions and anomalies. There is every indication that Pires is being made the scapegoat to block calls for an exhaustive investigation of the events. All evidence thus far presented against her appears to rest on hearsay and dubious witness statements, some of which are anonymous. Pires has said she believes that Reinado's fellow rebel soldiers are setting her up to save themselves.

In breach of basic legal norms, President Ramos-Horta has repeatedly intervened into the investigation—denouncing Pires and declaring her guilty of the charges. These statements make a fair trial all but impossible. Ramos-Horta has also held private meetings with Salsinha and the other detained ex-soldiers. He has offered to issue them with a presidential pardon but has said that this must wait until the court process proceeds further. Salsinha and the others therefore have a clear reason to believe that winning their freedom depends on the effectiveness of their testimony against Pires.

Pires has denied allegations that she was some sort of master manipulator. "Be sensible about it," she told the Australian in an interview published in July last year. "Major Reinado was stubborn by nature. Look at all the incidents. Nobody influenced him—he had a mind of his own... Look at Alfredo's previous actions. If I could influence him, he would be sitting right here beside us today."

No physical evidence appears to have been presented to the court. Prosecution documents stated that "there are no results of the investigations" carried out by the Australian Federal Police and the US Federal Bureau of Investigations. Several AFP and FBI officers were sent to Timor shortly after the alleged attack on the country's political leadership, supposedly to provide expert forensic and investigatory support. Neither police agency has explained what they did in East Timor or why their investigations produced "no results".

In an astonishing admission, the prosecutor-general revealed that ballistic tests on the weapons that killed Reinado and his colleague Leopoldino Exposto are yet to be completed. According to Lusa News, the weapon used to kill Reinado was only handed over to the authorities on February 12 this year—that is 12 months after it was used during the so-called coup attempt. The only plausible explanation is that the soldiers involved in Reinado's killing hoped to suppress critical evidence. According to Lusa, initial ballistics tests have revealed that Reinado and Exposto were not killed with the same weapon, contrary to the official account of the clash at Ramos-Horta's residence.

These contradictions underscore the fact that the official investigation was aimed at covering up rather than revealing the truth about what happened on February 11 and who was responsible. They also add further weight to the now substantial evidence that Reinado was set up for execution. Autopsy reports leaked last year showed the former major had been shot through the eye at near point-blank range, while Exposto was killed by a single gunshot to the back of the head. (See "Leaked autopsy report shows alleged "coup" leader Reinado shot at point-blank range" http://www.wsws.org/articles/2008/sep2008/timo-s02.shtml)

There are other unexplained aspects of the prosecution's case. It is unclear why one of the rebel soldiers, Marcelo Caetano, is specifically accused of shooting Ramos-Horta twice in the back, given that the president told the Age last October that Caetano was not responsible. Ramos-Horta claimed that he saw the real shooter (though he declined to name him) when he visited the detained ex-soldiers to discuss a pardon.

Also left unresolved is the question of the alleged attack on Gusmao's convoy that was supposedly led by Salsinha. Fretilin leader Alkatiri has previously stated that the so-called ambush had been staged, and claimed to have photographic evidence proving this. (See "Former PM Alkatiri claims alleged assassination attempt on Xanana Gusmao was faked"
http://www.wsws.org/articles/2008/apr2008/alk-a08.shtml)

Prosecutor-General Monteiro offered an absurd explanation of how all the supposed occupants of the bullet-riddled vehicle escaped unscathed. "The occupants of the vehicles were not affected because they were in motion," he declared.

Another unaddressed issue is the role of the shadowy National United Movement for Justice (MUNJ), which acted as intermediaries in the negotiations between Reinado and Ramos-Horta prior to February 11. Prosecutors revealed that senior MUNJ officials had been regarded as suspects but "were withdrawn from the formal indictment" after "sufficient evidence was not obtained to allow the deduction of an indictment against the suspects Lucas Soares and Câncio Pereira in relation to their participation in the preparation and execution of the crime".

Pires has suggested that MUNJ members may have played a role in Reinado's killing. On February 10, 2008 when she drove with friends from Dili to meet Reinado in the jungle, she saw him sitting with Soares and Pereira. "They seemed shocked that we'd arrived," Pires told the Australian. One of the MUNJ members then received a phone call. "It related to a meeting," the Australian explained. "Reinado was anxious to know whether it was going to happen."

With Reinado apparently convinced that he had an appointment to see Ramos-Horta at his residence, Pires says she returned to Dili at about 5 p.m. and only heard about Reinado's death the next day on the television news.