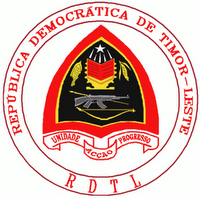 The Government of Timor-Leste today announced that all preventative measures would be implemented to ensure the Fretilin demonstrations in Dili, scheduled for later this month, would not descend into violence.

Prime Minister, Xanana Gusmao said, “This year we have maintained peace and stability, despite the gravest of attacks on February 11, 2008. While we welcome peaceful political demonstrations, any individual engaged in unlawful acts of violence, will be arrested and prosecuted, without exception. Our country has experienced enough violence. I would like to remind Mr. Lu olo, President of the Fretilin party, that while Article 42 of the RDTL Constitution gives people the right to demonstrate, the constitution states they must be unarmed. Rights to demonstrate are revoked once the laws of our nation are broken and danger is imminent to civil society. ”

Confusion continues on the exact nature of the demonstrations. Francisco Guterres “Lu olo” held a press conference in Timor-Leste on October 2, declaring that the political demonstrations are a ‘peace march willed by the people, held to reaffirm peace and democracy and justice in our country.

However, on the same day, Tempo Interactive in Indonesia reported that Mari Alkatiri, Former Prime Minister and Secretary General of the Fretilin Party, while in Jakarta in a meeting with Din Syamsudin, chairman of Indonesia’s second largest Muslim organization, Muhammadiyah, ‘threatened to mobilize up to 200,000 supporters to push the government to hold a re-election immediately giving a maximum time of one month.’ The reason given: The AMP coalition Government who received 70% of the vote in the 2007 elections, was unconstitutional, “We want a reelection”, said Alkatiri.

Alkatiri and his inner core were responsible for one of the worst outbreaks of violence since independence. In April 2006, after the Fretilin leadership authorized the dismissal of half the armed services, known as “the petitioners”, demonstrations turned deadly between the police, army and civil society. Six thousand homes and buildings were destroyed and close to fifteen percent of the population were displaced. Alkatiri was forced to resign amidst allegations of widespread corruption and his Minister for Interior, Rogerio Lobato, was charged with arming a civilian militia.

The IV Constitutional Government spent their first year resolving many of the outstanding issues inherited from the previous Government. The petitioner’s issues that initiated the crisis are now resolved with all the former soldiers successfully reintegrated back into the community. The Government has managed to resettle over 70,000 IDP’s, an achievement that many international observers said would take five to ten years to complete and the armed rebels who threatened national security surrendered peacefully.

Major reforms to depoliticize the armed services began in 2007. The success of those reforms were evident after the Prime Minister and President were attacked on February 11 when the Government was able to successfully establish a joint command with the defense and security forces to keep ongoing peace and stability in the nation.

Minister for Economic Development, Joao Goncalves, pointed out “Considering what this nation has endured, we are all a bit perplexed as to why Lu olo would promote a politically motivated ‘peace march’ amongst supporters when the opportunity was September 21, for The International Day of Peace when many Timorese walked proudly to promote peace.

Of even greater concern is why Mari Alkatiri would encourage a small group of supporters to demonstrate for new elections, when only a little over a year ago, 70% of voters elected a robust coalition to govern.

The Government is made up of five political parties, working cohesively with a united vision but above all, we are demonstrating political diversity with a healthy respect for different ideas which is the cornerstone of democracy. We can be assured, that for the first time since independence, democracy is thriving in Timor-Leste. Goncalves closed by saying “The Government supports peaceful gatherings; however, I am concerned these demonstrations are merely another act of political self interest by a small few who want power, with no correlation to celebrating democracy, or the values thereof. If that is the case, Fretilin should take full accountability to ensure the political demonstrations they organize are conducted without violence, without conflict and without any further damage to our communities.” ENDS

Section 42 of the Constitution of the Democratic Republic of East Timor provides as follows: