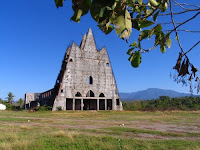 The Suai District Court resumed hearings from 8 to 12 Sptember 2008 after a 2 week holiday. Based on information obtained, not a single case was taken to the court for hearing or process. During the judicial holiday, no activities were implemented by the Suai District Court. There was only one case that was decided and it was a house arrest matter.

The resumed proceedings referred to above were originally scheduled to process 8 cases of light assault. However, of those 8 cases, it turned out that 2 of them could not be processed because the accused in those 2 cases failed to appear even though the Court had already issued a summons.

Based on the observations of JSMP, the Suai District Court is facing several obstacles; amongst others, there are not enough resources to support the court’s activities. For example, the Suai Court has only one registry officer who is responsible for several duties. Apart from that, Suai Court has only one Public Defender and one Prosecutor who handle all the cases, both criminal cases and civil cases. According to information obtained, most of the cases that are taken to and tried in the Suai Court are cases from the District of Suai and the District of Bobonaro.

ETLJB Editor's Note: Suai was the scene of the one of the darkest days in East Timor's modern history - 6 September 1999 - when a terrible massacre occurred.

The following are extracts, including harrowing eyewitness accounts about this massacre, from the Report of the International Commission of Inquiry on East Timor to the Secretary-General (31 January 2000) .

75. The Commission visited the site of the massacre that took place at the Suai church on 6 September. At the time of the massacre, several hundred persons had sought refuge in the church. In the incident, three priests Father Dewanto, Father Francisco and Father Hilario were killed. Accounts of the militia and TNI removing the bodies of those killed in the church have now been corroborated with the exhumation in West Timor of 26 bodies alleged to be victims of the killings in Suai church. These bodies were recovered from Oeluli beach, Kobalima district, approximately three kilometers inside West Timor. The exhumations were undertaken at the direction of the Indonesian National Inquiry Commission on East Timor. The forensic expert who accompanied the International Commission of Inquiry examined the bodies and concluded that the remains were of 3 priests, 12 males, 8 females and 3 bodies of undetermined sex. One was a child, two in their teens, six in their teens to mid-20s, twelve were middle-aged and two elderly.

77. The next witness stated that she had sought refuge in the church after the militia burned her house. At the church, she saw the militia and TNI throw grenades and then shoot the people who were trying to escape from the church.

78. Another witness testified that he was in the garage near the church when militia and TNI began shooting at the people in the church. He stated that the militia used machetes before shooting them.

79. A woman witness who had taken shelter at the church witnessed the shooting and killing. She testified that grenades were first thrown and when people began running they were shot or attacked with machete.

80. A witness testified to seeing the killing of two of the priests Fr. Hilario and Fr. Francisco. According to him, Fr. Hilario was shot first and Fr. Francisco was slashed with a machete. He also stated that the church was set on fire and he himself suffered burns when trying to escape from the church. He had visible burn marks on his right ear and face.

81. Another witness testified that he hid in Fr. Hilario's room when the militia and TNI began shooting. He identified by name two militiamen who shot Fr. Hilario in the abdomen. 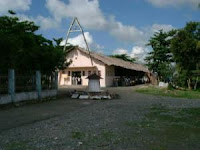 Image: The Suai Catholic Church. Scene of the bloody massacre of 6 September 1999.


Prosecute perpetrators of crimes against humanity in East Timor in 1999. 1999 East Timor Crimes Against Humanity